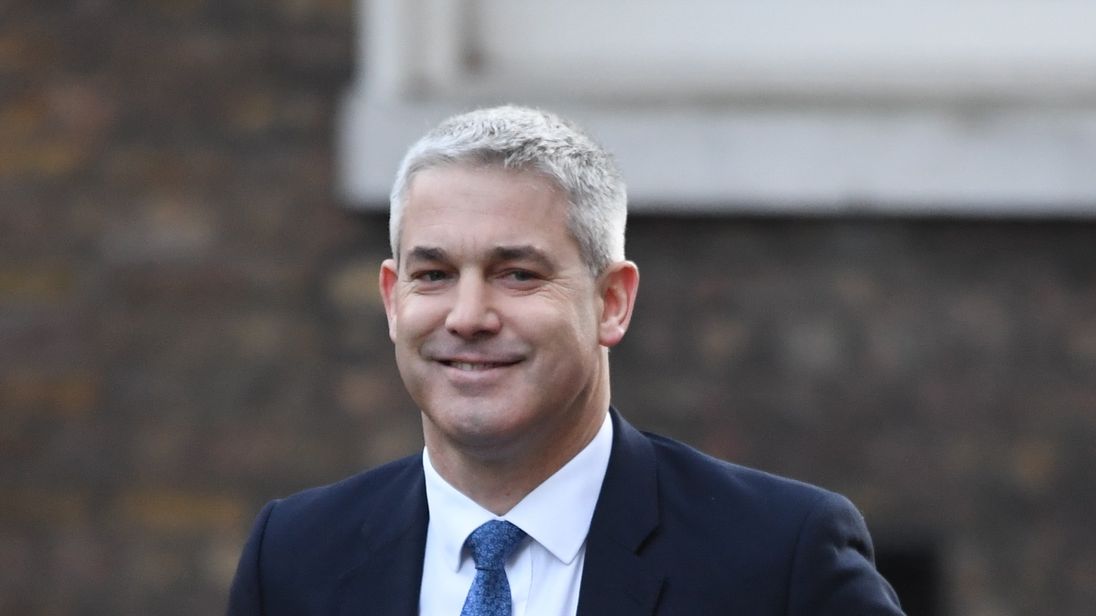 The Brexit secretary has distanced the government from suggestions MPs could be faced with a delay to Britain’s EU exit unless they back Theresa May’s deal.

He was responding to a report that Olly Robbins, the prime minister’s chief EU negotiator, was overheard in a Brussels bar saying the bloc would probably grant an extension to Article 50.

This would lengthen the period for the UK to negotiate a withdrawal agreement and delay Britain’s departure from the EU, currently scheduled for 29 March.

Mr Robbins, a top civil servant, was said to have indicated that if MPs did not back a Brexit deal, then the delay would be “a long one”.

“The issue is whether Brussels is clear on the terms of extension. In the end they will probably just give us an extension,” Mr Robbins was quoted as saying.

“Got to make them believe that the week beginning end of March… Extension is possible but if they don’t vote for the deal then the extension is a long one.”

However, when asked about the prospect of delaying Brexit, Mr Barclay told Sky News: “It would be very difficult because you have the European parliamentary elections at the end of May.

“I think it would be a very odd message to say to the British public three years after they voted to leave, they should consider voting for members of the European Parliament.

“I think that would go back on what many people voted for.”

The Brexit secretary, who met EU chief Brexit negotiator Michel Barnier alongside Mr Robbins earlier this week, added that the EU would not necessarily agree to an extension.

“What European leaders were clear in saying to me is that they don’t see any merit in extending the uncertainty and merely prolonging that,” he added.

Responding to the ITV report about Mr Robbins’ alleged comments, a government spokesperson said: “MPs voted to trigger Article 50 and have passed legislation stating we will leave on 29 March.

“We want to leave with a deal and we are working hard to deliver that but the factual position – as determined by parliament – is that, either way, we leave on 29 March.”

Revealed: The two ages when we are happiest | UK News