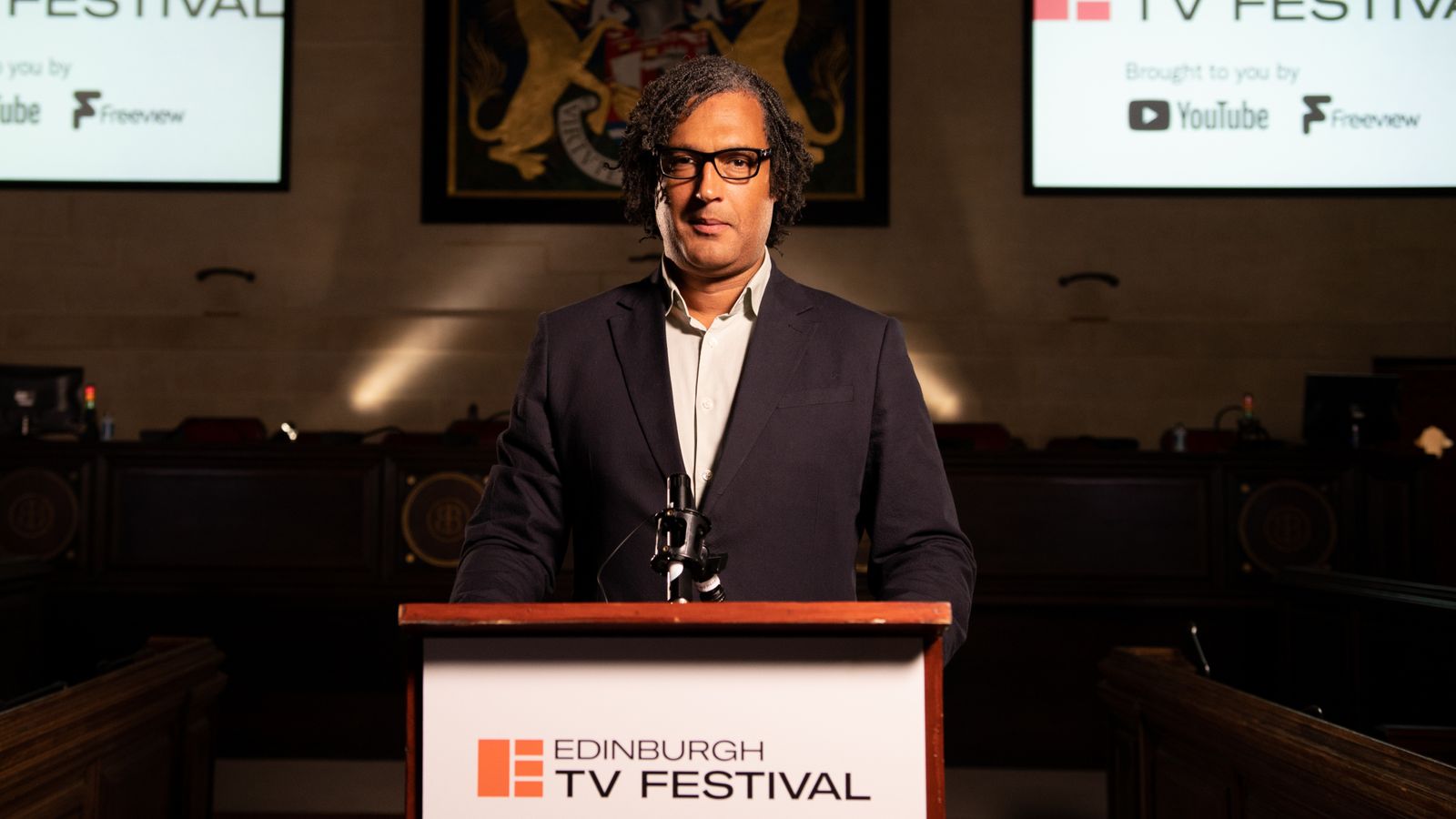 The television industry has failed to nurture and retain a “lost generation” of black and brown people and a new body to hold broadcasters accountable on diversity and inclusion is needed, historian David Olusoga has said.

Mr Olusoga reflected on his experiences as a black broadcaster in the annual James MacTaggart Memorial Lecture, the keynote speech of the Edinburgh TV Festival.

“I stand here today, not as one of the TV industry success stories, but as a survivor,” he said.

“I am one of the last men standing of TV’s lost generation; the generation of black and brown people who entered this industry 15, 20, 25 years ago with high hopes.

“I’m here because a handful of people used their power and their privilege to help me.”

The Civilisations presenter said that during his early years in television “there were parts of the industry in which diversity meant making sure that there was a fair balance of people from Oxford and Cambridge”.

He recalled that as he was starting his career in TV “thousands of other black and brown men and women were giving up on our industry.

“Between 2006 and 2012, BAME employment in UK TV declined by 30.9%. That means more black people left the industry than joined, at a time when the overall number of jobs in the industry as a whole was expanding.”

He described Bristol Mayor Marvin Rees as “every producer’s dream interviewee” following the toppling of the city’s statue of slave trader Edward Colston in June”, because of his years working behind the camera at the BBC in Bristol.

“The talents of the black guy who now runs a city were seemingly invisible to the people who then ran the newsroom,” he said.

“What are the consequences of the haemorrhaging of such talent? Well, it was the same newsroom in Bristol, that last month decided that it was acceptable for a white reporter to use the ‘N’ word in a news report, leading to almost 20,000 complaints and an official apology by the Director General.”

Olusoga described 2020 as “a moment of generational change”, because of the global coronavirus outbreak and anti-racism protests under the Black Lives Matter banner following the killing of George Floyd in America.

“The pandemic took the older generations off the streets and handed them over to the young, who used that space to make demands about the issues that matter to them.”

Speaking about the UK’s broadcast regulator, Olusoga said: “If Ofcom is not able or not willing to hold the industry accountable on diversity and inclusion, or able to use its power to set minimum standards, then the Department for Culture, Media and Sport should set up a new body willing to do so.

“This moment in 2020, with so much money on the table, and so many promises made, is the perfect time for such a body to be brought into existence.

Coronavirus: Switzerland could be next country to join UK quarantine list | UK News