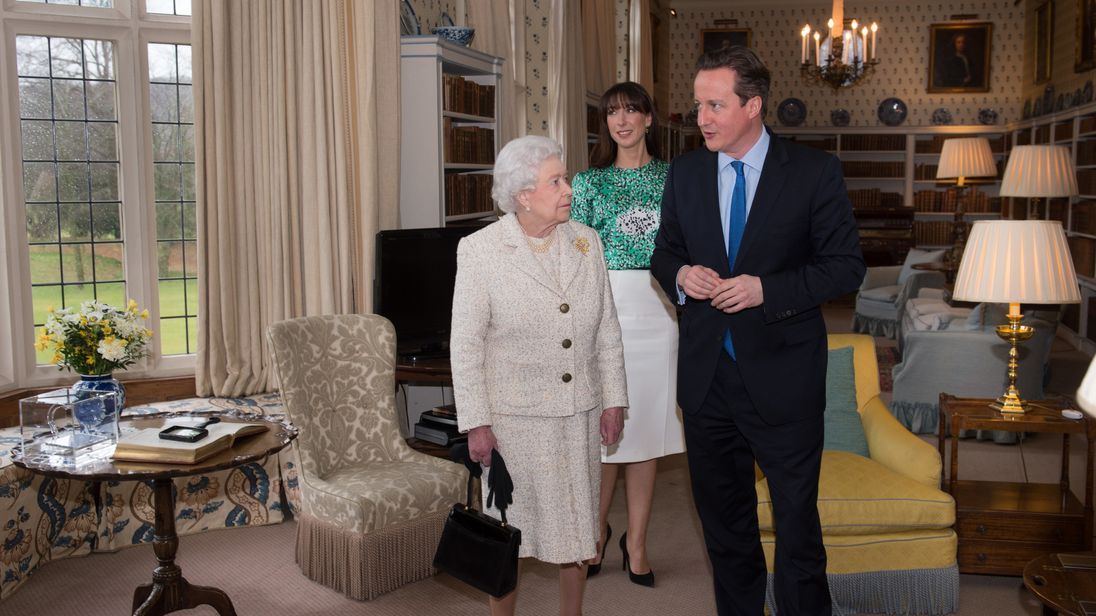 David Cameron asked the Queen for help in heading off Scottish independence after a poll before the 2014 referendum suggested a lead for those wanting to leave the union.

In an interview with the BBC to publicise his memoirs, For the Record, he said he wasn’t suggesting anything unconstitutional, but “just a raising of the eyebrow” might imply the Queen’s views on independence and help the No campaign.

Mr Cameron said he was staying at Balmoral when the poll came out, its findings feeling like “a blow to the solar plexus”.

He added that it led to a “mounting sense of panic that this could go the wrong way”.

In the run up to 18 September 2014 it was reported that the Queen was herself becoming increasingly concerned about the outcome of the referendum.

A comment to a well-wisher in Aberdeenshire a few days before the poll was seized on by anti-independence campaigners as an indication that she wanted to keep the UK together.

Speaking to a member of the public outside the church at Crathie she said: “Well, I hope people will think very carefully about the future.”

Referring to the Queen’s remarks in his BBC interview, Mr Cameron said: “Although the words were very limited, I think it helped to put a slightly different perception on things.”

At the time officials insisted that the comments did not breach the monarch’s constitutional impartiality.

A statement issued by Buckingham Palace said: “The sovereign’s constitutional impartiality is an established principle of our democracy and one which the Queen has demonstrated throughout her reign.

“As such, the monarch is above politics and those in political office have a duty to ensure this remains the case.

“Any suggestion that the Queen would wish to influence the outcome of the current referendum campaign is categorically wrong. Her Majesty is simply of the view this is a matter for the people of Scotland.”

The Scottish independence referendum campaign was bitterly fought, dividing families and at times leading to accusations of bullying and intimidation.

In the end Scotland voted to remain part of the UK by 55 per cent to 45 per cent.