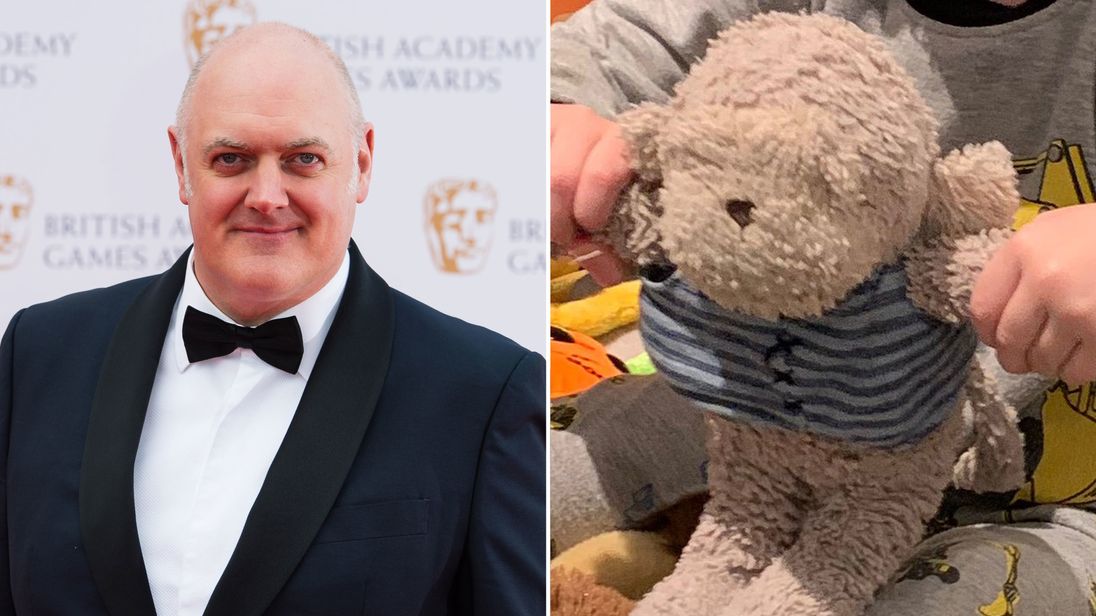 It started when the TV presenter asked his Twitter followers for help finding his three-year-old son’s “scruffy monkey” earlier this month.

A kind fan offered to send a replica of the toy, suggesting that in exchange the comedian could share a fundraising page for his wife, who had recently died of bowel cancer.

No probs. You can swing the moral compass by raising awareness of my just giving page if you like! We lost my wife to cancer 3 months ago. https://t.co/62qFk0VrlD

Since O Briain shared Ian Wilson’s Just Giving page, it has raised more than £25,000 for Bowel Cancer UK – more than three times his target of £7,500.

O Briain also revealed that he had managed to track down the missing monkey.

“Well, look who I found hiding in Heathrow,” he wrote on Twitter, as the donations were still increasing. “Disappears off for his own holiday, helps raise over £17,000 for bowel cancer and then walks back into our lives cool as you’d like.

“Thanks to all who followed this silly story, and especially those who donated.”

Widower Mr Wilson replied to the comedian’s latest update, writing: “Go on, tell us the one about the Irishman and the Monkey! Thanks again Dara.”

Well, look who I found hiding in Heathrow. Disappears off for his own holiday, helps raise over £17,000 for bowel cancer and then walks back into our lives cool as you’d like. Thanks to all who followed this silly story, and especially those who donated. pic.twitter.com/Nk7By6J3WR

The touching story began when O Briain shared a picture of the monkey, which was captioned: “Are you in Heathrow Terminal 5 today?

“The main part, somewhere between Harrods, WH Smith’s and gate A7; this precious scruffy monkey was just lost.

“If you see him please get in touch! You’ll make a three year old very happy. (Or give him to Lost and found).”

Mr Wilson then responded with a photo of his own scruffy monkey watching one of O Briain’s stand-up routines, joking: “He’s in a better place now my friend. Let it go.”

Following a Twitter exchange, Mr Wilson offered to send O Briain his own monkey and suggested the comedian share his JustGiving page.

Mr Wilson has a young son with late wife Morag, who he described as an “amazing woman and incredible mum”.

Donald Tusk: Boris Johnson will not want to go down in history as Mr ‘No Deal’ | Politics News