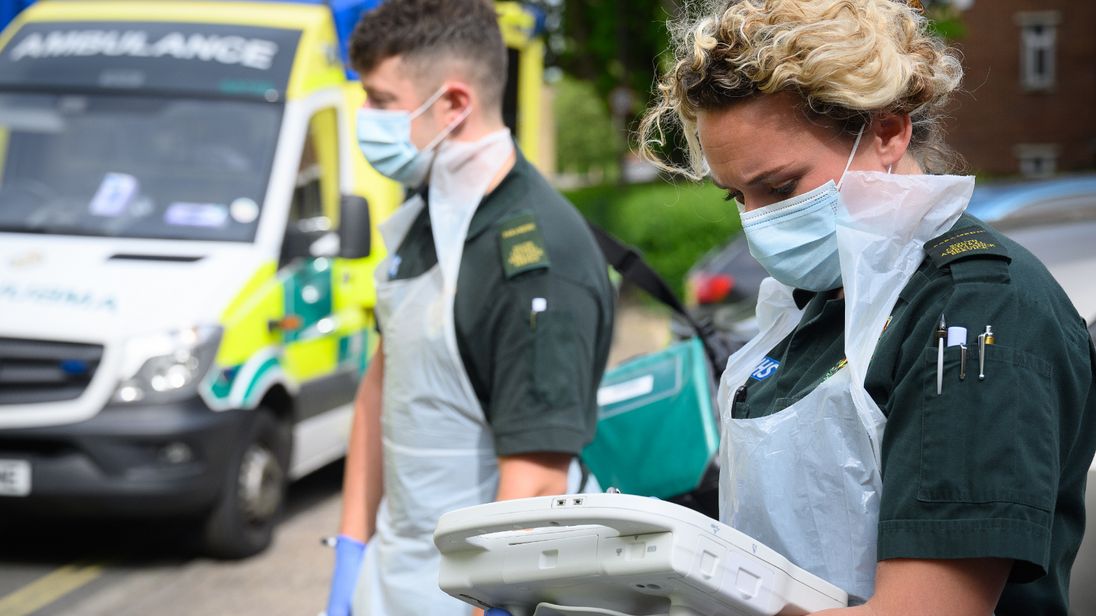 Another 170 people with coronavirus have died in the UK as of 9am on Sunday – the lowest daily figure since 24 March.

The number – a 53-day low – was confirmed in the government’s daily coronavirus briefing, which was delayed for half an hour because of a technical issue with the Zoom conferencing software.

The numbers are typically lower on Sundays, but the figure is almost 100 fewer than the 268 reported a week ago.

Business Secretary Alok Sharma said there were 3,142 new cases of COVID-19 as of 9am on Sunday, although the numbers did not include testing data from Northern Ireland.

Across the country more than 243,300 people have tested positive for the virus.

Due to a technical hitch the conference ultimately went ahead without using Zoom.

A message on the Zoom Twitter account said: “Our team is investigating the root cause of issues joining Zoom Meetings. These issues appear to be limited to a subset of users.”

Once he did take to the podium, Mr Sharma revealed plans were in place to roll out a COVID-19 vaccine to 30 million people by September if trials are successful.

Manhunt as woman, 19, dies after being shot near Lidl store in Blackburn | UK News