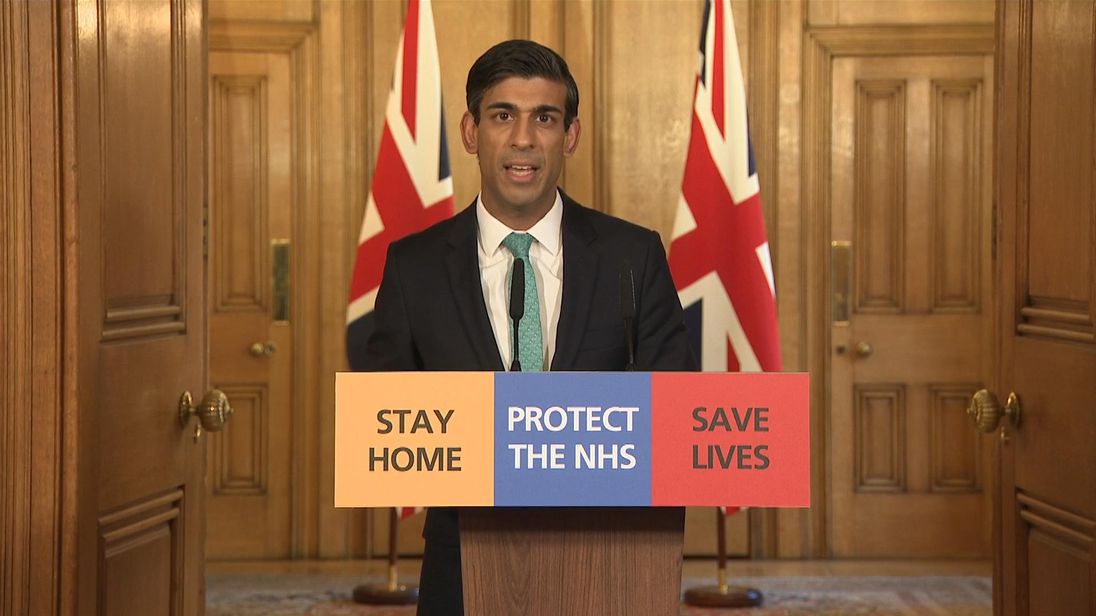 The chancellor has announced that self-employed people will be able to claim a grant worth 80% of their average monthly profits – up to £2,500 a month.

Rishi Sunak said the measures would be in place for at least three months and amounted to “one of the most generous packages in the world”.

Prior to Thursday’s news conference, the government had been under growing pressure to support the self-employed with a similar package of measures as introduced for employed workers.

Last week, the chancellor promised to pay 80% of salary for staff employees who are kept on by their employer, covering wages of up to £2,500 a month.

Treasury officials are said to have been working around the clock this week to prepare a package for the self-employed – which the government has said is a more complex task than helping those on PAYE.

Mr Sunak has previously admitted the government “will not be able to protect every single job or save every single business” amid the economic crisis caused by the coronavirus pandemic.

Earlier on Thursday, Prime Minister Boris Johnson took part in a conference call with G20 leaders, in which the group promised a “transparent, robust, co-ordinated, large-scale and science-based global response in the spirit of solidarity”.

Following the virtual summit, Mr Johnson announced a further £210m in funding for international efforts to find a coronavirus vaccine.

The new money, which comes from the foreign aid budget, means the total amount of UK aid spent on the fight against COVID-19 now totals £544m.

Mr Johnson also called on governments around the world to help create a vaccine as quickly as possible and make it available to anyone who needs it.

The Coalition for Epidemic Preparedness Innovations, which the UK cash is being funnelled to, has said it requires £2bn in extra funding from countries to develop a vaccine.

“While our brilliant doctors and nurses fight coronavirus at home, this record British funding will help to find a vaccine for the entire world,” the prime minister said.

“UK medics and researchers are at the forefront of this pioneering work.

“My call to every G20 country and to governments around the world is to step up and help us defeat this virus.”