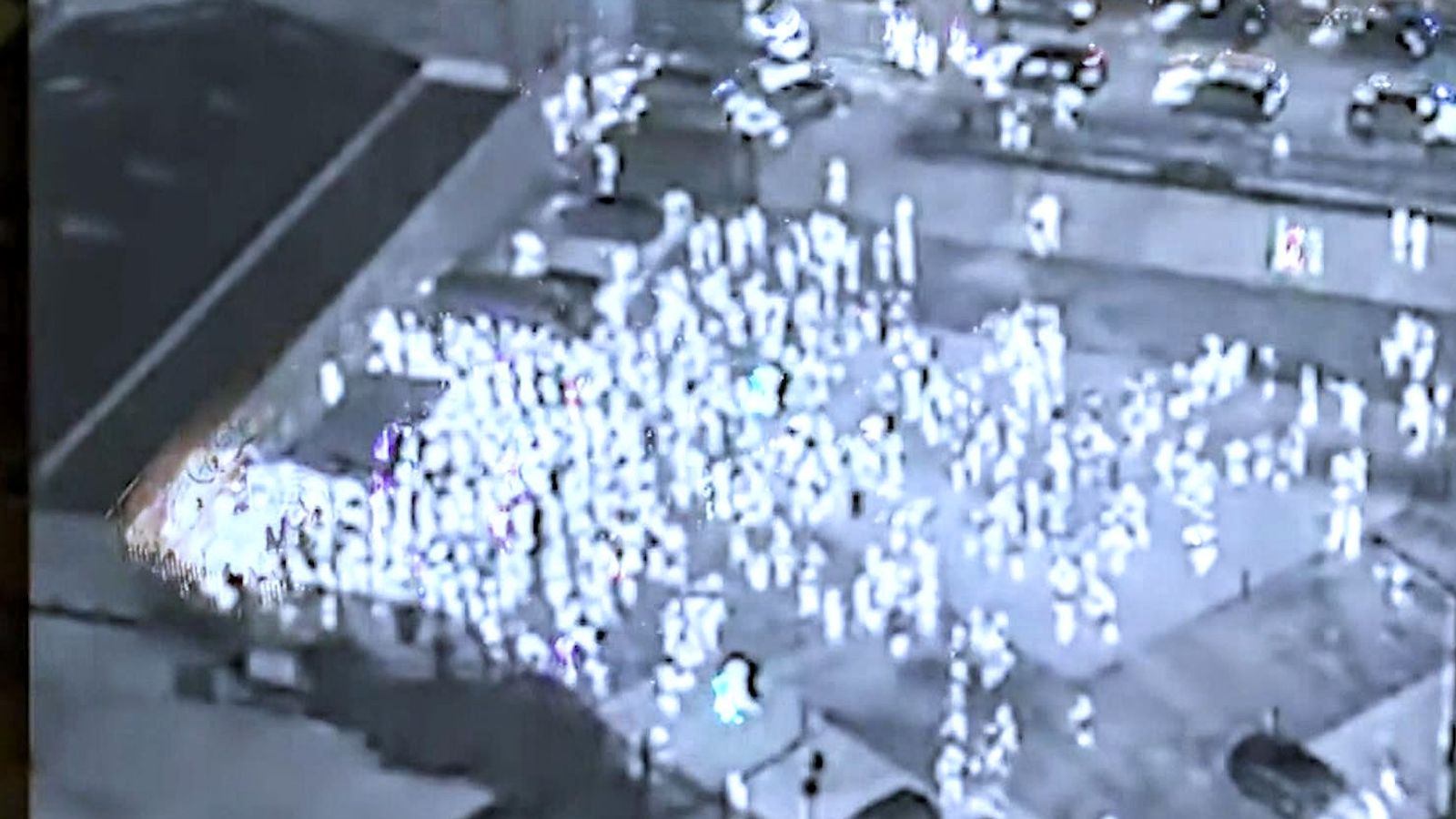 It was just after 1am and music was blaring from a house on a cul-de-sac in Birmingham.

Outside, two marquees had been set up. In the space of five minutes, two taxis and a car arrived bringing more people to the party.

A police van came down the street – and for a minute or so, people didn’t seem to have noticed. But as officers got out of the van, the sound system abruptly switched off and dozens of people started to leave.

This was one of almost 90 calls to mass gatherings that West Midlands police dealt with that evening.

“We’ve got multiple people who are wanting to enjoy themselves who aren’t able to go out as they were,” said Chief Superintendent Claire Bell, head of operations with West Midlands Police.

“I get that. But we’re still in the middle of a pandemic,” she added.

In a dedicated call centre set up to deal with reports of parties that breach coronavirus rules, the calls came in thick and fast.

Paige Hunt, one of the dispatchers, checked the log. “It’s been really busy. At the moment we’ve got 37 jobs just for parties and raves.”

Police have seen hundreds of people breaking the rules on gatherings every weekend.

“I think they’re just perhaps chancing it that they can get away with it and maybe people aren’t taking it as seriously as they need to,” Sergeant Tom Payler said.

News that a new criminal offence for people organising unlawful gatherings will come into force in time for the bank holiday next weekend is welcomed here.

Organisers of gatherings could face fines of £10,000.

“I’ve been calling for these powers for a number of weeks so we can deter people from having these kind of events,” said Waheed Saleem, the West Midlands deputy police and crime commissioner.

“The powers that we have at the moment weren’t sufficient so we really needed additional powers so that we can shut down these kind of illegal events.”

Across the city outside a residential house police were having to deal with people who were annoyed their party had been broken up.

There was a sense people were weary of their lives being restricted.

But the pandemic isn’t over and the police have to enforce the rules for everyone’s safety.

Stowmarket: At least one person injured after ‘explosion’ near train station | UK News