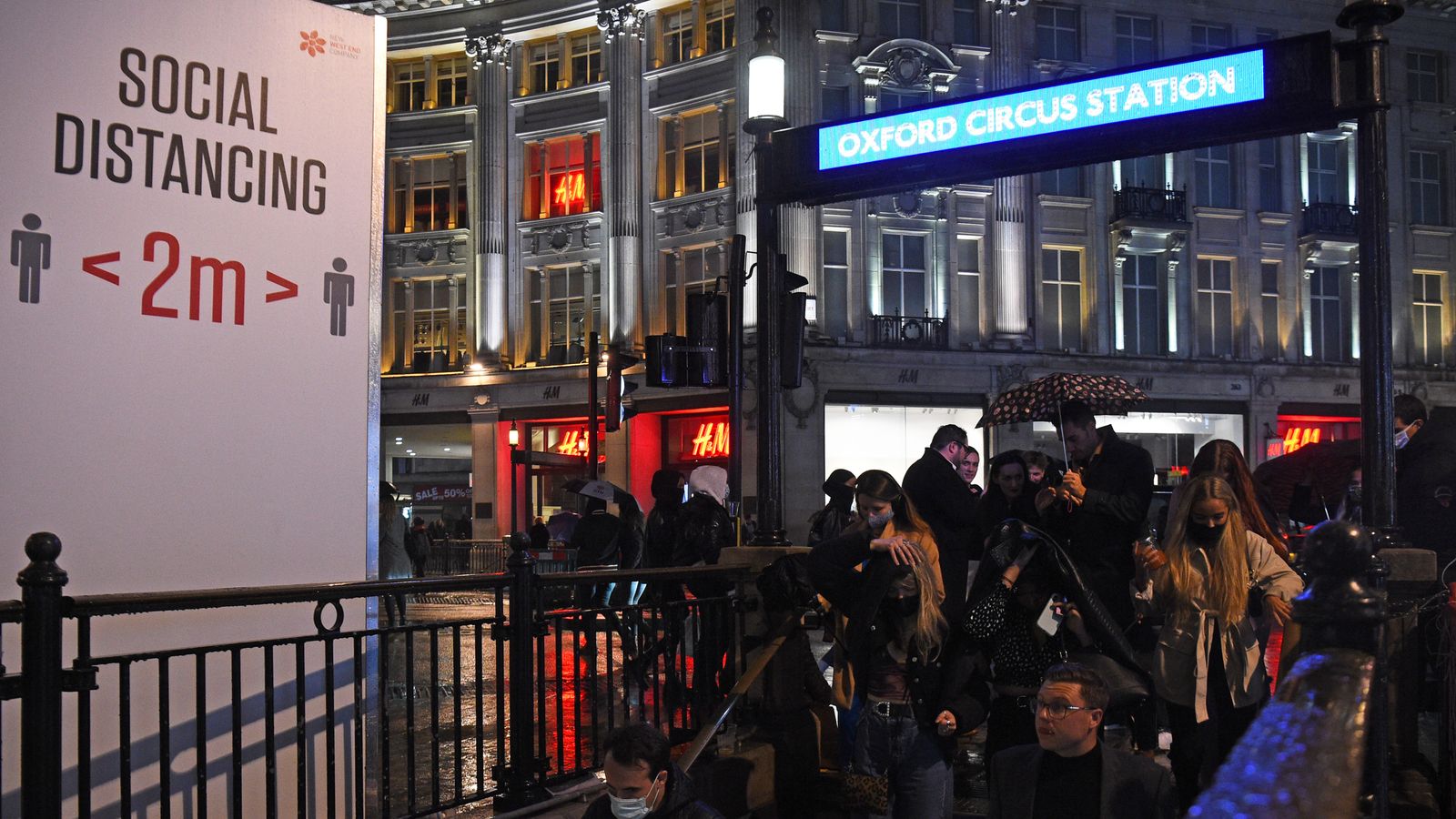 There have been a further 12,872 lab-confirmed cases of the coronavirus in the UK, according to government figures.

The figure, which was recorded as of 9am on Saturday, brings the total number of confirmed cases to 480,017 but a technical glitch may mean that the actual daily figure is somewhat smaller.

The government said that, due to a technical issue, there had been a delay in publishing a number of cases in England, meaning the total reported over the coming days will include some additional cases from the period between 24 September and 1 October.

The technical issue has now been fixed, they added, but it is not clear how much of Saturday’s figure was from this previous period.

Sky’s economics editor Ed Conway, who has analysed coronavirus statistics throughout the pandemic, said the uncertainty about the number of cases had left him “pretty flabbergasted”.

On Twitter he wrote: “…even though (the technical issue) is ‘resolved’, there is no clarity about how much of the shortfall is left to be reported – hundreds? Thousands?”

Dr Duncan Robertson, an academic at Loughborough University and an expert in modelling and policy analytics, told Sky News: “It is important to understand the reason for the delay. If this is a reporting delay, that is bad enough, but if there have been delays in putting these cases into the NHS Test and Trace database, that can have serious implications for spreading the disease

“We also need to know if there is commonality in the source of these cases. We have seen that private testing and university testing has been carried out, and it is still not clear how these results (both positive and negative) are being routed into the DHSC (Department of Health and Social Care) system.”

The figure of 12,872 is the highest recorded in the UK but it should also be remembered that community testing was extremely limited during the worst of the first wave in April.

On Saturday, the government reported 49 deaths of people who had tested positive for the virus during the previous 28 days.

The total number of deaths in the UK from the virus stands at 42,317, although the UK’s statistics agencies say there have been nearly 57,900 deaths registered where COVID-19 was mentioned on the death certificate.

It comes a day after it was revealed that the coronavirus reproduction (R) number in the UK could be as high as 1.6, up from between 1.2 and 1.5 last week.

In England, the R number is highest in London and the North East and Yorkshire, where figures are between 1.2 and 1.6.

The reproduction rate indicates the average number of people each person with coronavirus will infect – an R number of between 1.3 and 1.6 means on average every 10 people with COVID-19 will infect between 13 and 16 others.

Coronavirus: Pandemic ‘will be bumpy through to Christmas and maybe beyond’, Boris Johnson warns | UK News