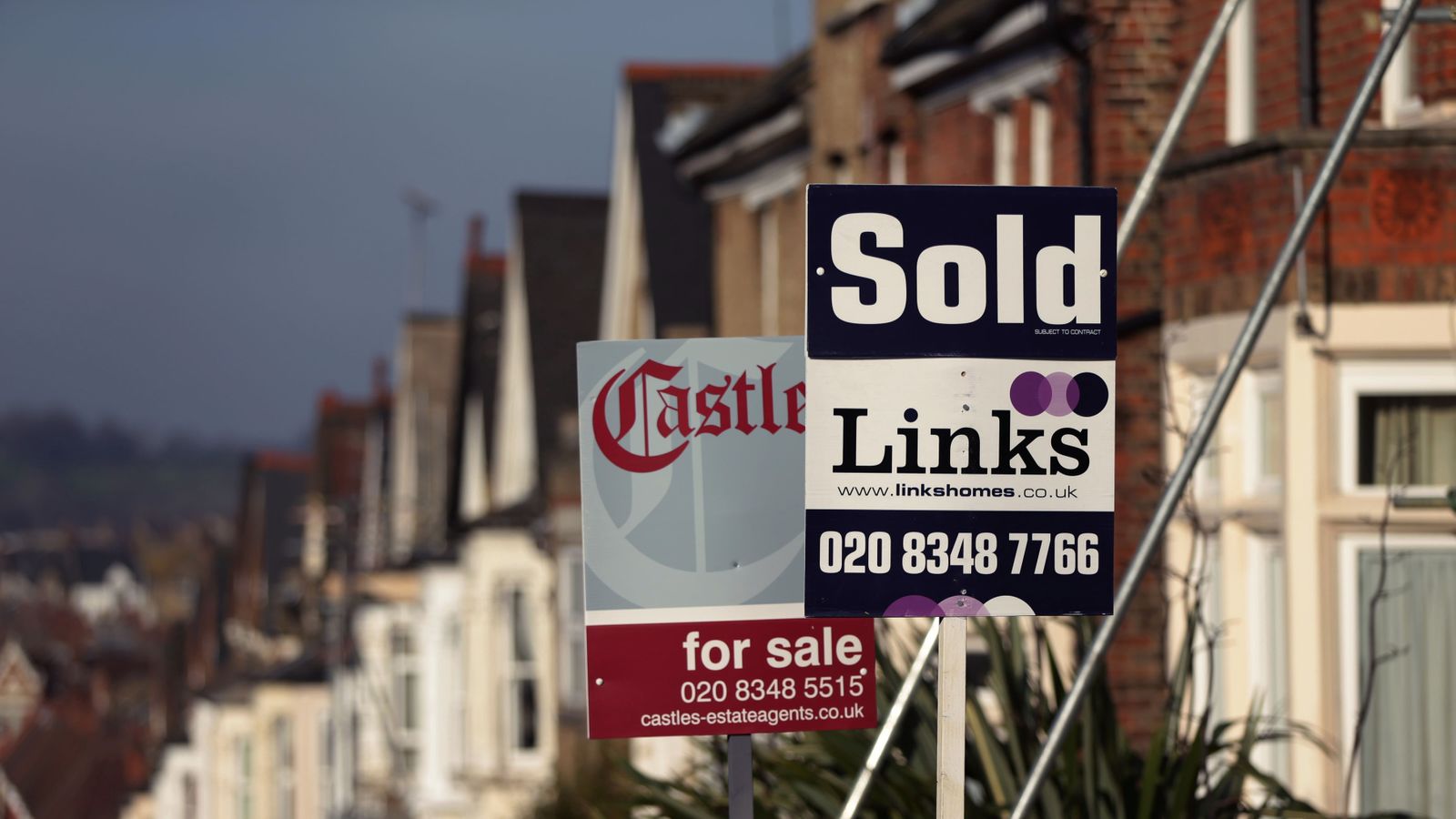 More than £37bn worth of property sales were agreed in July – the busiest month for home buying for 10 years.

The spike follows a suspension of the housing market during the coronavirus lockdown, but also coincides with the UK plunging into a recession.

The chancellor also cut stamp duty in July, in an effort to encourage more people to get on the housing ladder.

However, in Scotland, Wales, Yorkshire and the Humber, North West England, the East Midlands, West Midlands and the East of England all recorded new highs in August.

It was London that pulled the national asking price down, with average prices falling by around 2%.

Between 5 August and 12 August, sales rose by 60% compared to the same time the previous year, with the usual summer slowdown not materialising, according to Rightmove.

House prices usually drop over the summer, with many people opting to travel on holiday, according to the website.

:: Listen to The World Tomorrow on Apple podcasts, Spotify, Google podcasts and Spreaker

Rightmove director Miles Shipside said: “We associate this time of year with diving into the pool rather than the property market, and of sand and sun rather than bricks and mortar, but buyers have had a record £37bn monthly spending spree.”

He also said that the increase in sales is not just due to the chancellor’s stamp duty cut in England and Northern Ireland.

“More property is coming to market than a year ago in all regions, and at a national level the new supply and heightened demand seem relatively balanced,” he said.

“However, those expressing most desire to move on are unsurprisingly in London and its commuter belt.”

Kevin Shaw, managing director of residential sales at Leaders Romans Group, said: “As many of us continue to work from home, people have realised business can function well while doing so, and so no longer want to commute into big cities five days a week, or live in urban environments closer to offices.

“There is real demand to live in rural locations providing green space. The recently announced stamp duty holiday is another market accelerator too, with many investors and buyers exploiting the savings that are to be made.”

Dominic Murphy, managing director of DM & Co estate agents in Solihull, said: “I suspect that the market will remain buoyant until job losses filter through and really start to hit the market in full force.”