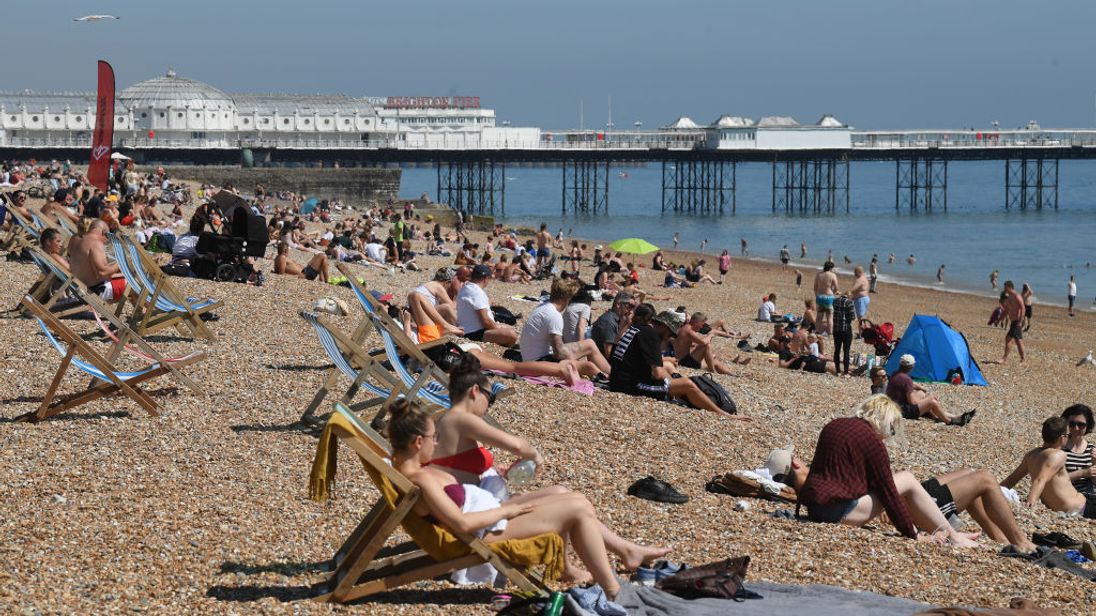 The UK’s coronavirus R number – speed of infection – has remained the same for the second week.

Scientific advisers to the government said the R number – the average amount of people one person with COVID-19 can infect – is between 0.7 and 1 across the UK, the same as last Friday.

The number remains higher than early on in the lockdown when it was 0.5 to 0.9, with the lack of downward movement thought to be because of the continued spread of the virus in care homes and hospitals rather than the wider community.

There is a two to three week time lag in calculations of the latest R value.

The news comes as the Department of Health announced 351 more people have died with the virus in the UK.

The government originally said the R number was the main figure that would determine when the lockdown is eased because as long as the R value remains below one, the number of daily cases will continue to fall.

After the lockdown was announced in March, the R value plummeted to around 0.6 then dropped even further as people adhered to the “stay at home” order.

However, when R increased last Friday from between 0.5 and 0.9 to between 0.7 and 1 – the same as this week’s number – Health Secretary Matt Hancock said the figure was just one of a number of other data points that determines when people can socialise again.

He said last week’s R number was based on data from a fortnight before so he did not believe the figure was above one.

Mr Hancock told Sky News last Saturday: “On the timing, this is based on data from a couple of weeks ago because of the way it is measured but also from the survey data that the ONS (Office for National Statistics) has published.

“It is an incredibly important figure for policymakers but it is one data point to look at alongside the level of new cases.”

Deputy chief medical officer Dr Jenny Harries said R is a “really important measure” but what they are really looking for is reducing the number of cases and “getting rid of the epidemic in the UK”.

“R is a representation of what is happening in that fight,” she said.

Stormzy’s #Merky Books to launch ‘How To’ series on activism, writing and other topics | Ents & Arts News