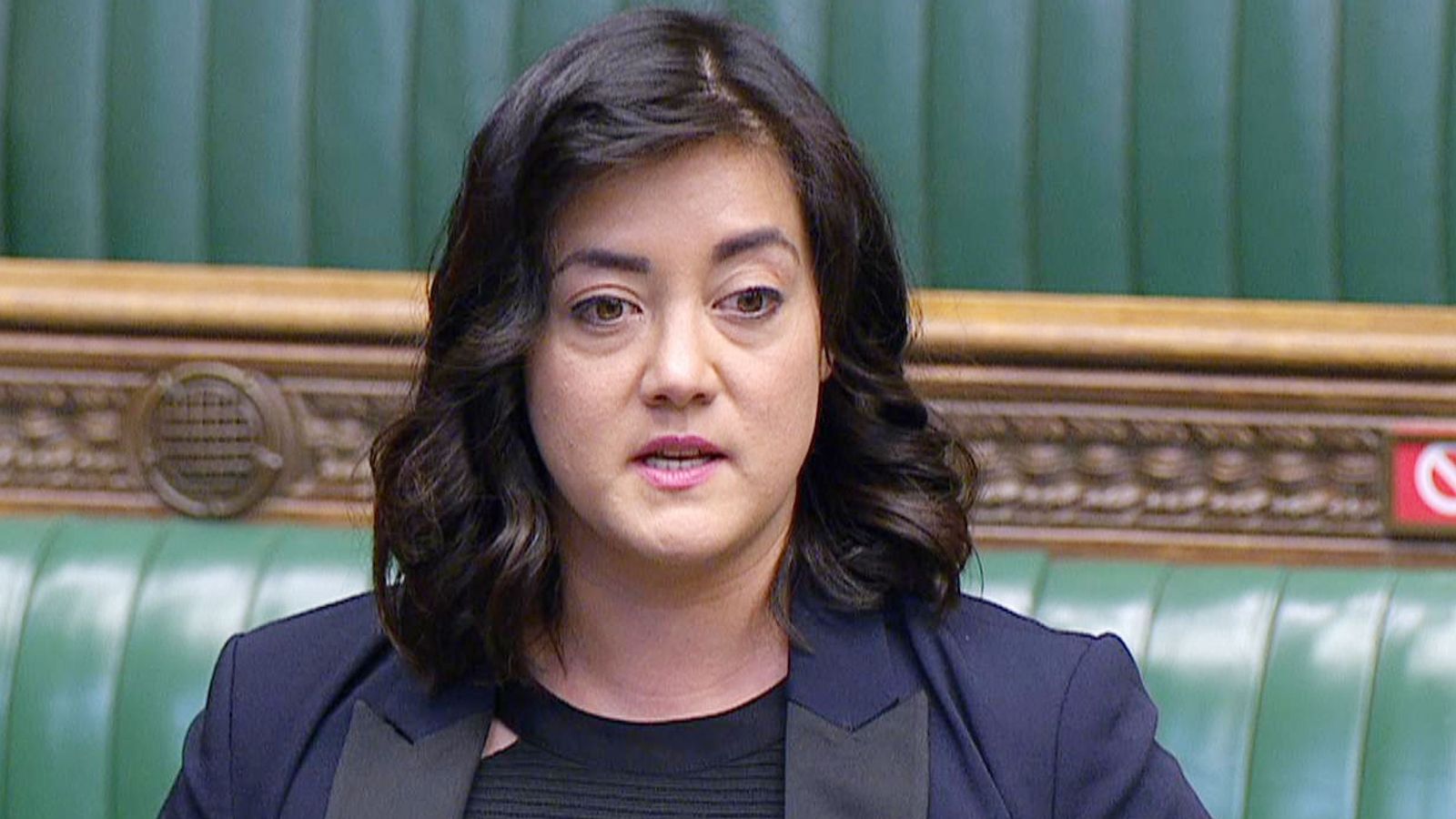 Parliament is holding its “first ever” debate dedicated to racism experienced by East Asian people.

Sarah Owen, a Labour MP who represents Luton North, proposed the discussion following a three-fold increase in the number of hate crimes against Chinese people during the pandemic.

Ms Owen, who is British Chinese, claims research shows that a third of images of East Asian people in UK media outlets were used to illustrate COVID-19 stories that had nothing to do with East Asia.

She said the use of stock photographs of East Asian people for general coronavirus reports reinforces the stereotype that it is a “Chinese virus”.

The analysis of 14,000 images in 15 major news providers from January to August 2020 was done by campaign group End the Virus of Racism.

“COVID is being given a face, and it’s the face of an East Asian person wearing a mask,” Ms Owen told Sky News.

She said the scapegoating of East Asian people is a persistent problem: she herself has received videos on Twitter of people eating animals alive and has been accused of being part of a COVID-19 conspiracy.

She said: “Just take a look at social media and see the level of either conspiracy theories or the kind of dehumanisation you’re seeing towards Chinese and East Asian people. We’re either just being accused of eating bat soup and inhumane practices around food, or we are somehow in charge of some global conspiracy around COVID-19.”

She said she continues to receive reports from East Asian people who are verbally abused in public.


5 May: Rise in hate crime against Chinese people

G Tan, a Malaysian-born woman in her 60s who lives in east London, was coughed at by a group of girls when she was walking down the high street with her mask on two weeks ago.

They had linked arms and were trying to block her journey, shouting “coronavirus” at her repeatedly.

“I was a bit shocked because I was in a hurry,” she told Sky News. “I just ignored them and kept walking.”

A few minutes later, another man coughed at her – and then another.

“Within fifteen minutes I had three hate incidents,” she said. She reported the events to the Metropolitan Police.

Haruki, a Japanese-born PhD graduate in his 30s who asked us to change his name, was eating at a restaurant in Hammersmith two weeks ago when a white man falsely accused him of coughing.

The man said he was a father of two and “did not want to die”.

Even though Haruki wasn’t coughing, the man repeatedly accused him of doing so, to the point where he felt so uncomfortable that he left the restaurant.

There were three people at other tables who pretended not to notice, along with staff members.

“Because no one helped me I felt powerless,” he told Sky News. “I expected that they would intervene.”

David Tse, an actor and director who moved from Hong Kong to the UK as a child, has been battling racism online.

He said: “I’ve been defending my community and saying, ‘You’re mixing up your criticism of the Chinese government’s actions with the people of China, which are 1.4bn.’”

“The vast majority” of people in the country do not eat bat meat and those who do live in poor communities.

“Who are we to judge what the rural poor might eat?” he said. “Certainly the middle classes in China wouldn’t eat bat, because they don’t need to.

“There’s been this really xenophobic thing against China and the Chinese,” he said.

He said swine flu came from Mexico and America, but no one blamed people from those countries, just as no one demonised British people because of mad cow disease.

“The West has been guilty of cultural arrogance,” he said.

When the pandemic began and all of his friends in Hong Kong were wearing masks, he was constantly tweeting the government to urge them to adopt health advice coming out of East Asian countries.

“They haven’t learned or listened to people from East Asia,” he said, pointing to the success of countries like Japan and Singapore in controlling the number of deaths from COVID-19.

The COVID-19 anti-racism group he co-founded is hosting a webinar on hate crime today as part of National Hate Crime Awareness Week.

A spokesperson for the Ministry of Housing, Communities and Local Government said the government has “zero tolerance for any hate crimes against anyone of any background”.

They said: “There is absolutely no place in our society for this vile, divisive behaviour and we will continue to work across government and with the police to bear down on offenders, support victims and eradicate this prejudice.”