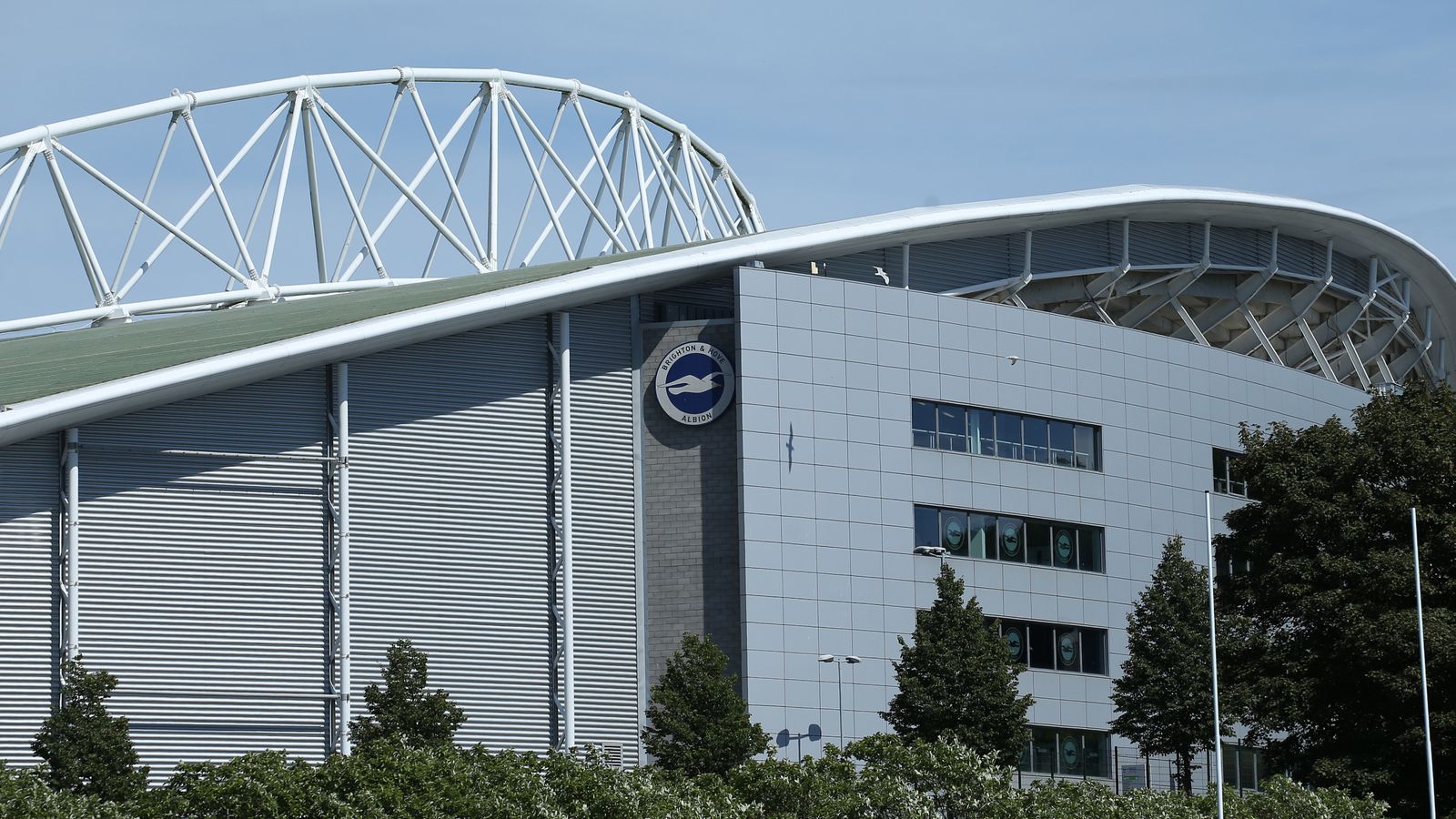 Fans will be allowed back into a Premier League ground for the first time since lockdown this weekend as part of the government’s latest pilot scheme.

A total of 2,500 supporters will be allowed into Brighton‘s Amex on a socially-distanced basis for their friendly with Chelsea on Saturday.

Fans will also be allowed to go to a friendly between Women’s Super League (WSL) rivals West Ham and Arsenal at Lewes on Sunday – before Wembley aims to welcome supporters for Non-League Finals Day on 27 September.

Aside from football, the Harlequins vs Bath Premiership rugby union match at Twickenham Stoop on 5 September will also permit spectators.

Some Bob Willis Trophy and T20 Blast cricket matches are also to be included, with specific fixtures to be confirmed.

Horse racing meetings at Doncaster, Warwick and Newmarket, plus some basketball and speedway events, will take part with some fans allowed next month.

Culture Secretary Oliver Dowden said: “I know fans and their teams can’t wait to be reunited in stadia across the country, but it’s imperative we take a cautious and phased approach to get fans back in safely.

“I’m pleased that infection rates have levelled off enough to resume the pilot programme and we will continue to work intensively with sports, medical and health and safety experts towards welcoming more fans back as fast as we can.”

Sporting fixtures have been off the cards for supporters since the UK went into lockdown in March, although last weekend saw some non-league stadiums begin to welcome people back.

At the top level, the Premier League season was able to resume behind closed doors and finish successfully over an unprecedented summer of domestic football in England, with Liverpool crowned champions.

The plan remains for spectators to be allowed back into sports venues more widely, but still in limited numbers, from 1 October as part of the road to recovery from the pandemic.

Last month, the government cancelled a previous pilot scheme after a spike in coronavirus cases.

Spectators were due to watch the first two days of two county cricket matches, some horse racing fixtures, and also the World Snooker Championship.

Some fans were allowed to watch the final of the snooker at the Crucible in Sheffield earlier this month, but it was a smaller crowd than originally planned.

The St Leger Festival at Doncaster from 9 to 12 September will be the first of three horse racing venues allowing spectators to return to the sport.

The St Leger is the final Classic of 2020 – the other four having been held behind closed doors due to COVID-19.

Warwick will welcome back crowds on 21 September, and Newmarket from 24 to 26 September.