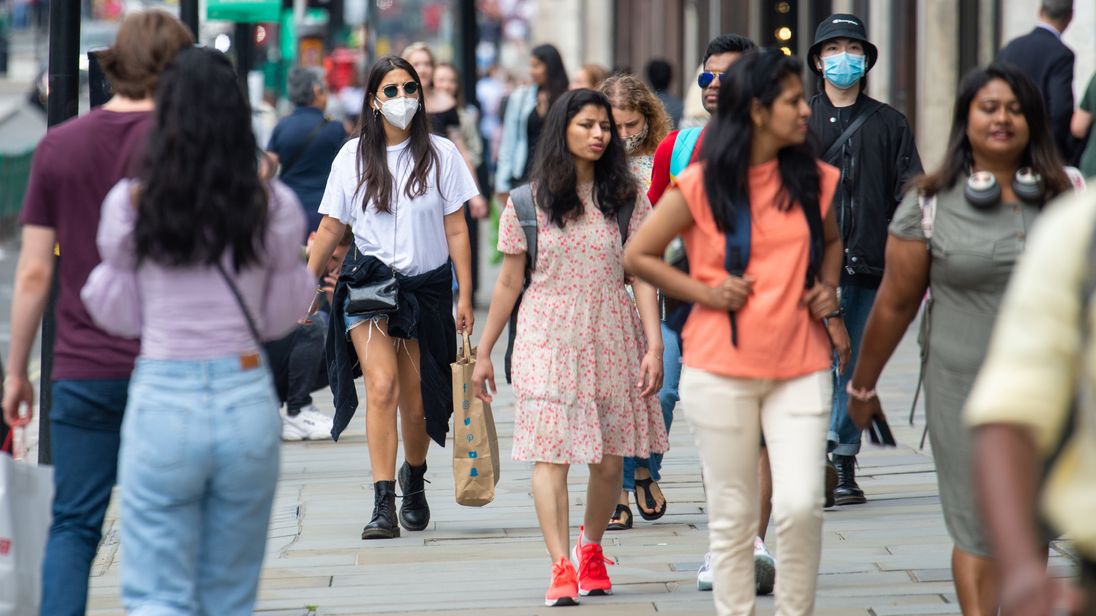 Transmission rates of coronavirus in England dropped lower than previously reported in the last month of lockdown, a new study has found.

Research from Imperial College London, which is due to undergo peer review, found that the rate of new infections dropped significantly through May, and was halving every eight to nine days.

More than 120,000 volunteers over five years old took part in the month-long study between May and June, which the government says is the largest of its type to date.

Higher infection rates among those with Asian ethnicity have therefore been touted as a possible reason for higher death statistics.

Care home staff and healthcare workers were also found to be at a greater risk of infection during the lockdown than the general public.

Among the volunteers, 69% of those who eventually tested positive for COVID-19 had not reported any symptoms on the day they were tested, nor the week prior.

Some went on to develop symptoms at a later date.

The study also revealed that people who had been in recent contact with someone infected with the virus were 24 times more likely to later test positive themselves.

This, the government said, was proof of the importance of the test and trace system to keep the virus spread under control.

Health Secretary Matt Hancock said the findings were also evidence that government action had been timely as he praised the testing programme.

He said: “This ambitious testing programme will help us better understand the spread of the virus to date, predict how it may spread in the future and inform our response to the pandemic.

“It shows the impact our national lockdown efforts have had and demonstrated that we have taken the right actions at the right time.”

The study, which was expanded and repeated through June, will now undergo peer review before being officially published.

There are also plans under way for another large-scale study using antibody tests to get an idea of how many people have actually been infected with the virus.