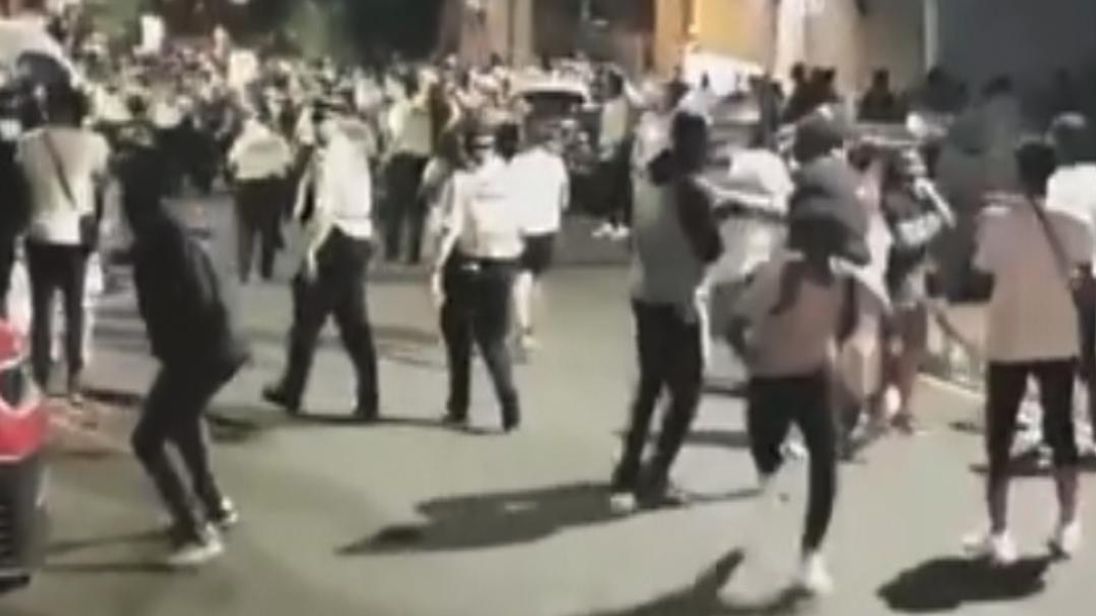 Officers said the events in Clapham Common and Tooting Bec Common prompted the move, which allows uniformed police extra powers to order people to leave an area and not return.

On Twitter, police said: “We understand the impact these (music events) are having on the local community. Officers will remain at both scenes until the events are cleared.”

An enhanced policing operation remains in place across London tonight following a number of violent incidents in recent days.

We are aware of a number of unlicensed events taking place tonight – specially trained officers have been deployed to ensure crowds are dispersed.

It comes after a number of similar events in London during the past few weeks, some of which have turned violent.

Among the arrests were two people in Newham who were carrying a firearm and a “Rambo-style” knife, the Met said.

More than 20 police officers have also been injured.

Commander Bas Javid, of the Met’s frontline policing team, said: “All of the events which took place last night were illegal and in breach of the COVID regulations. We had officers out across the capital working hard to disperse them.

“The vast majority of people who attended engaged with officers and moved away from the locations without issue.

“However, again, a number refused to leave and became violent.

“We have made it very clear this type of behaviour will not be tolerated and there are a number of post-event investigations now under way.”

He added: “Our officers have done a very good job in some very difficult circumstances.

“I applaud the way they have been able to tackle some difficult situations.

“The seizure of two lethal weapons overnight further emphasises why the dispersal of these events is crucial to protecting our communities.”