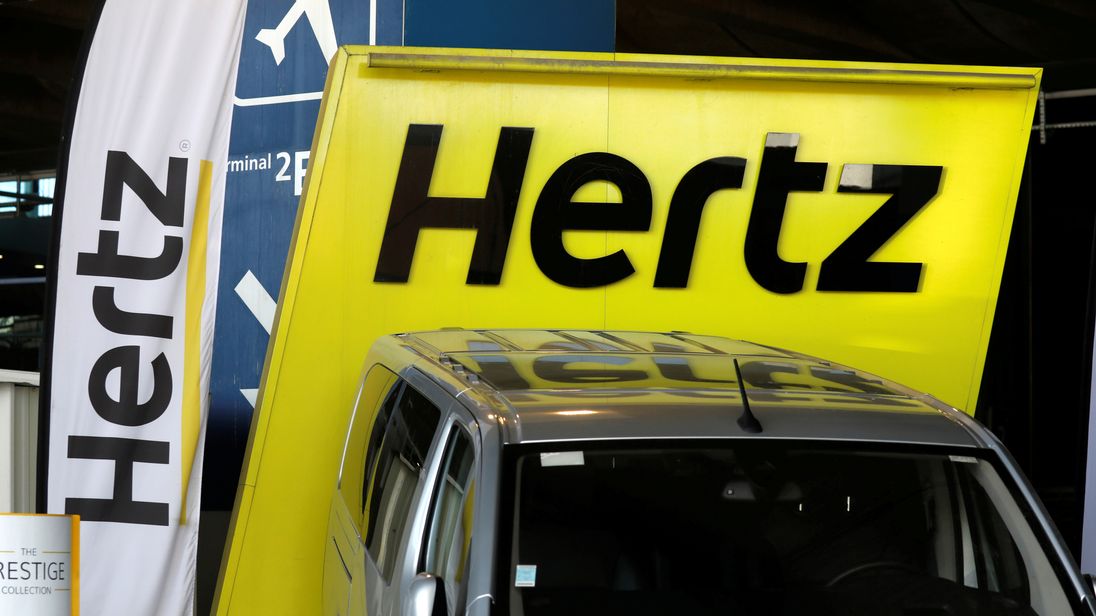 Car rental company Hertz has filed for bankruptcy after travel came to a standstill during the coronavirus pandemic.

Despite being allowed to stay open as an “essential business”, the firm was forced to close the majority of its branches across the UK and Ireland when COVID-19 hit.

The company lost all its revenue soon after the UK went into lockdown and plunged £15.3bn into debt by the end of March, court documents reveal.

Hertz has filed for a Chapter 11 restructure, which means creditors will have to settle for less than full repayment of its crippling debts, but the business will still be able to operate.

It had already flagged major debt concerns in its first-quarter report released in May.

With only £820m cash available across the entire business, bosses feared they would not be able to keep operating.

The report read: “Management has concluded there is substantial doubt regarding the company’s ability to continue as a going concern within one year from the issuance date of this quarterly report.”

It has also struggled with management issues after Katherine V Marinello was named its fourth chief executive in six years on 18 May.

The firm, which has more than 400 outlets across the UK and Ireland, has been offering discounts of up to 40% to key workers in a bid to stay afloat.

But it was heavily hit when air and rail travel came to a near-standstill in March, with many of its branches attached to airports and train stations.