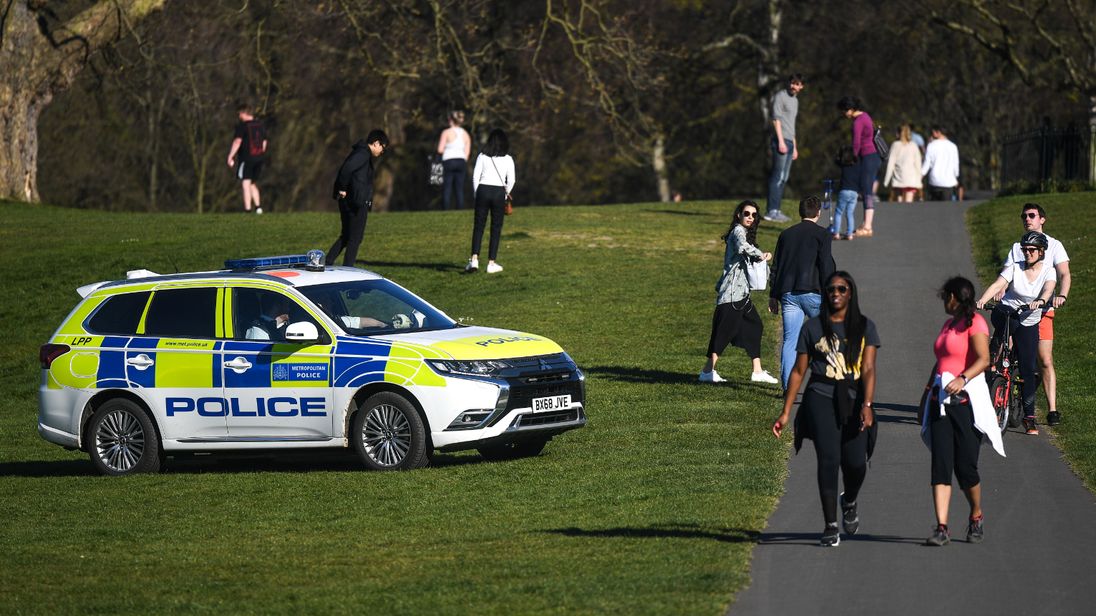 Britons would strongly back a second lockdown if coronavirus cases spike, according to a new poll for Sky News which reveals the country’s ongoing caution over the pandemic.

As most of the nation prepares to lift the lockdown in the coming weeks, starting with England on Saturday, more than eight in 10 people (83%) said they would back another shutdown if there is a second spike.

This suggests that people want to be seen to comply with the rules even after almost four months of restrictions in place affecting everyone’s lives.

The poll reveals broadly similar attitudes to lockdown rules among older age groups and the young, suggesting the demographic clash – which some senior Tories worried about early on in the pandemic – has not materialised.

Six per cent of 18 to 24-year-olds said they would oppose a second lockdown, compared to 4% of those polled who were 65 and over.

The poll also reveals how nervous people remain about socialising and relaxing in lots of settings which are just about to open up.

A total of 70% of people surveyed said they would be nervous about going to the pub, which open in England on Saturday.

The same proportion (70%) would not go to the cinema, while 71% would not go on public transport and 73% said they are not comfortable going on a foreign holiday.

Meanwhile, 60% would not go to shopping centres and restaurants.

By contrast, people are comfortable going to one another’s gardens, with just 12% saying they would be uncomfortable doing that.

Women are more cautious than men, with the gap most pronounced in attitudes towards pubs.

Some 18% of women said they will be comfortable going to a pub, compared to 32% of men.

Reopening of pubs are a point of contention amongst the public.

At least half of the public backed the government’s decision to reopen schools, non-essential shops, hairdressers and hotels.

However re-opening pubs was only backed by 35% of the population, suggesting disquiet at the prospect of people struggling to socially distance indoors under the influence of alcohol.

There will be a panel of experts in science, medicine and business, plus contributions from Sky correspondents.

If you have a question you would like to put to the panel, please email it to [email protected], along with your name

Hong Kong: Asylum for ‘tortured’ consulate worker could give hope to other activists | World News