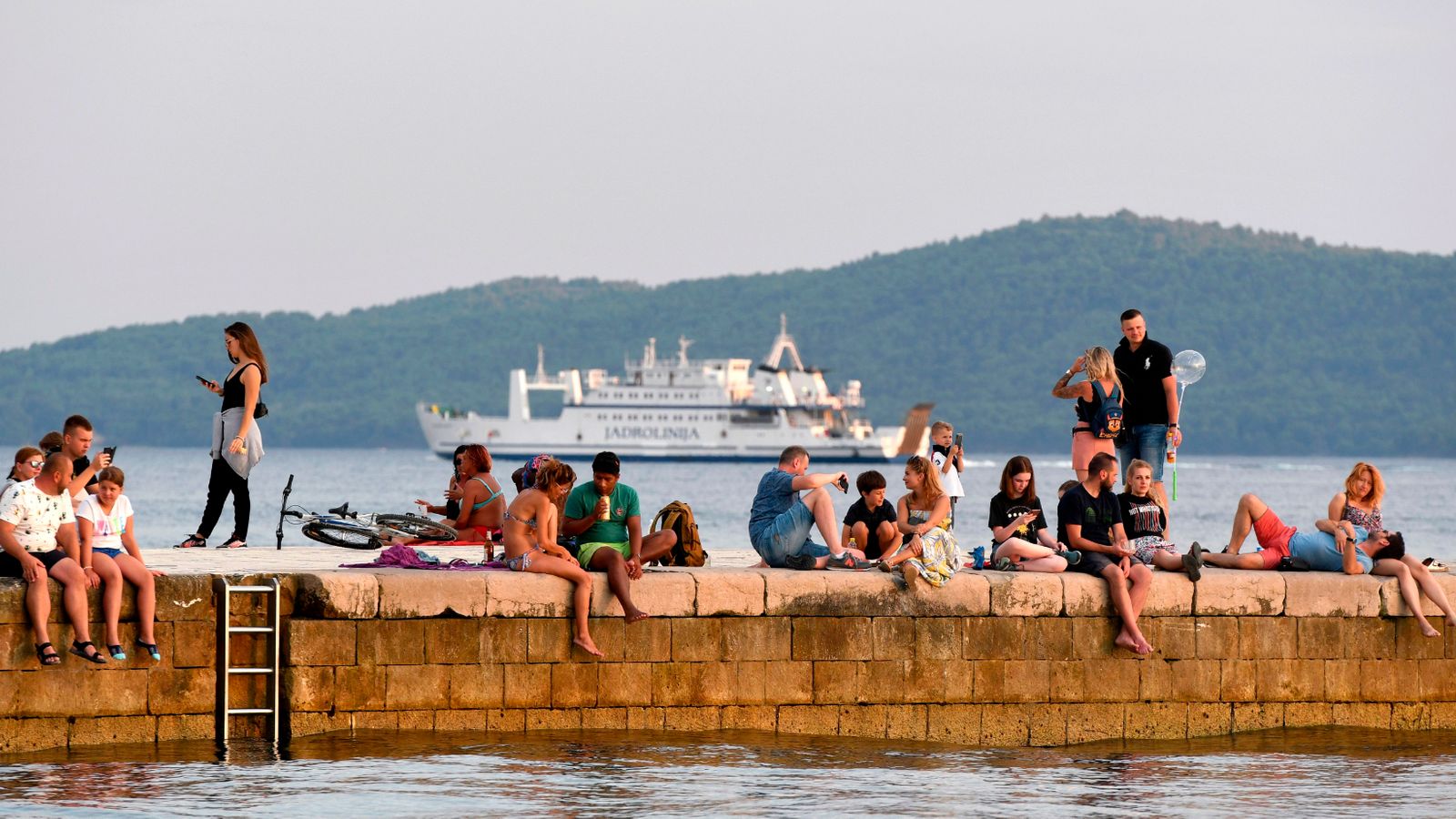 Britons in a number of countries are scrambling to return home to avoid having to self-isolate for 14 days – as the transport secretary ruled out regional coronavirus quarantine rules.

Croatia, Austria and Trinidad and Tobago have been added to the UK’s COVID-19 quarantine list, Grant Shapps announced on Thursday.

From 4am on Saturday, anybody coming to the UK from these countries will have to self-isolate for two weeks.

Portugal, meanwhile, has been removed from the quarantine list.

This means Britons can go on holiday there and not have to self-isolate when they get back.

The introduction of quarantine restrictions for Croatia, Austria and Trinidad and Tobago has seen air fares skyrocket.

Similarly, the airline was on Thursday night advertising an economy seat on a flight from Vienna to London Heathrow for €538 (£482). The price for a flight on Sunday was €122 (£109).

The latest additions to the coronavirus quarantine list – which includes Spain and France – has sparked renewed calls for the government to take a regional approach.

In a statement, Gatwick Airport said this would “reflect the UK government’s domestic approach to containing outbreaks by implementing local lockdowns” and “help the aviation industry to recover and protect jobs”.

But Mr Shapps rejected this suggestion, telling Sky News: “It is still rather too difficult to do the kind of regionalisation that you’re talking about because we just don’t have the same control elsewhere.”

“This is a very unpredictable virus which unfortunately just doesn’t play ball as far as the way that it can just sometimes take off in a country and I think anyone travelling this year will know that there are risks involved,” he said.

“Indeed, we’ve added Portugal back on to the list, but you need to go with your eyes open there or anywhere that you travel this year because coronavirus is just a fact of life, we’re having to live with it.”

The transport secretary said the government is continuing to look at the feasibility of COVID-19 testing at airports.

Heathrow Airport has revealed plans for a new testing facility which it claims could shorten the two-week quarantine period.

“I want to see systems in place to do that kind of thing,” Mr Shapps said.

“But you’ve also got to be sure that you’re testing the right person on that second time round because are you going to just send the kit to the house or are you going to require the person to perhaps drive to a test centre?”

He added: “It’s a bit more complicated than is sometimes suggested.”

The Foreign Office has said it would look at putting any country with more than 20 cases per 100,000 people on its quarantine list.

The mayor of Dubrovnik, one of Croatia’s most popular tourist cities, said he had tried to speak to the British government to exclude travellers to the city from quarantine – as Germany has done – because he said it has had very few cases.

Mato Frankovic said he had hoped airport testing for coronavirus would be introduced in the UK instead of quarantine.

He told Sky News: “But we were not successful. I do hope those British citizens who want to come to Dubrovnik still do, and I want to send a very strong message that Dubrovnik is a COVID-safe town.”