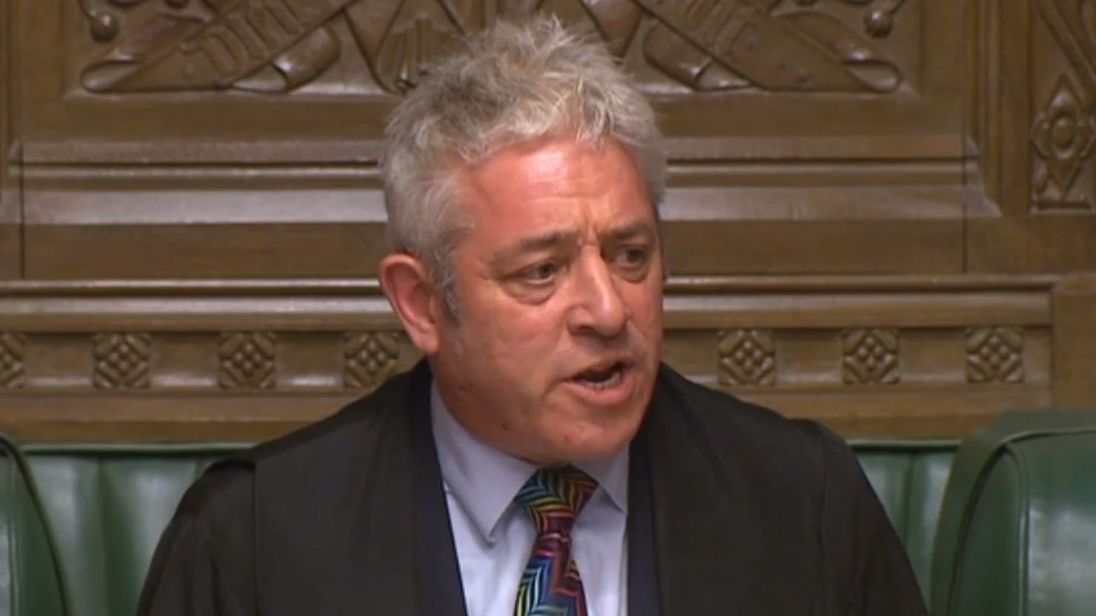 The world has been gripped by events in British politics in recent days, as Theresa May battles to save her premiership and get Brexit back on track.

And House of Commons Speaker John Bercow has been making headlines for his marshalling of proceedings in the chamber.

Although the 55-year-old is a divisive figure in Westminster, having promised to stand down in the summer amid bullyinh allegations, foreign news organisations and social media users have been lapping up his antics.

The Canadian Broadcasting Corporation published a video on Twitter on Wednesday with the title “British Parliament’s House Speaker is not to be trifled with”, featuring clips of some of his pronouncements.

One CBC news editor wrote in response: “Sitting in the newsroom today and hearing that voice, I thought someone in the control room decided they’d rather watch a Pirates Of The Caribbean movie than news.”

A video of the speaker published by Tagesschau, a German news programme, has received more than 500,000 views on Twitter.

“Bercow has the air of a man who’s been dragged out of the kitchen by his wife to break up an argument between their rowdy teenagers, but he’s been home from work for a few hours and has already knocked back half a bottle of Chardonnay,” said one Twitter user.

The variety of facial expressions the speaker displays whilst cajoling MPs has also been compared to the “four stages of a night out”.

On Reddit, plenty of users have been cracking jokes.

“Of course New ORDERRRRR was formed by members of Joy DIVISIOOOOON,” replied another Redditor, referencing Mr Bercow’s cry on Tuesday, which was so loud it overloaded the Commons microphones.