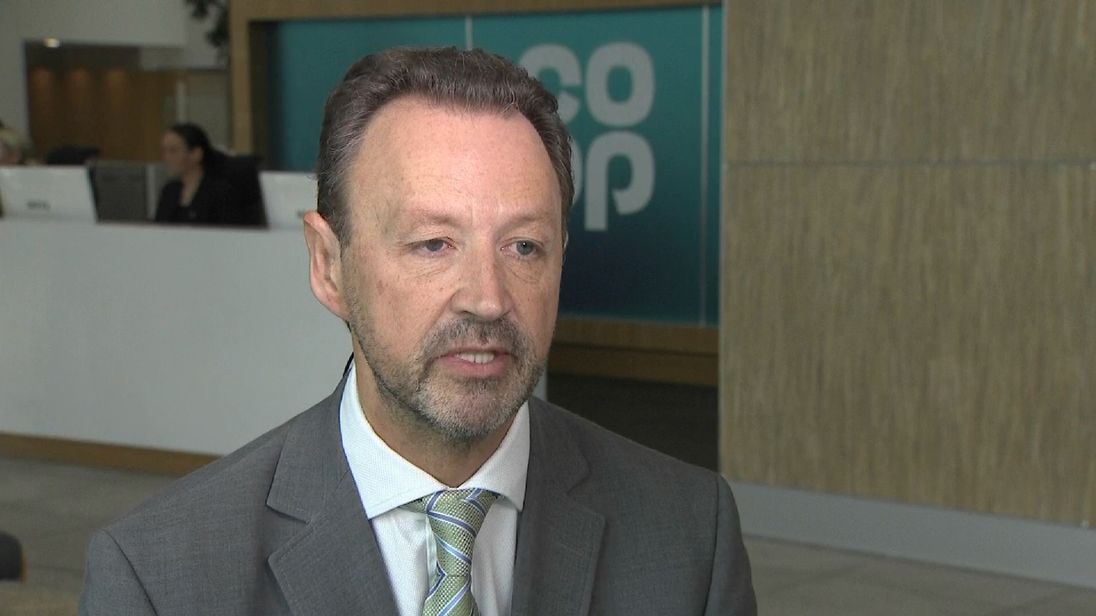 A no-deal Brexit will leave “gaps on the shelves” of UK supermarkets, the chief executive of the Co-op Group has told Sky News.

Speaking on Thursday following the retail and funeral services chain’s half-year results, Steve Murrells said he expected there will be food shortages across the country from November, if no deal is struck before Britain’s impending departure from the bloc on 31 October.

When Mr Murrells was asked about the possibility of food shortages in his stores, he said: “I think that’s what we are trying to mitigate for.

“There will likely be some gaps, but before gaps would arise we will shrink our ranges. So for example, if we had five different pack sizes of apples, we’d go down to one pack size of apples, in order to keep some form of availability on the shelf.

Mr Murrells said the group is currently importing and stockpiling food and produce including apples, pears and blueberries, to help stave off post-Brexit shortages.

He said: “We have built stock into our grocery sector where the code life allows us to do that.

“We’ll be working continually with our suppliers to try and move fresh products through from the southern hemisphere, especially in produce and fruits to try and ensure we keep as much of the availability that’s possible.”

In terms of non-fresh goods, he said the group is stockpiling toilet rolls, water and long-life grocery products, to a limited extent.

“Co-op customers should feel reassured that they’ll be able to get what they need if we crash out without a deal.”

He added that the group was hopeful that UK ports would have made more progress in dictating how fast goods could be imported beyond “the early concerns that the Yellowhammer report said”.

Mr Murrells also spoke about the impact of a currently weak pound – brought about by the uncertainty around Brexit and the government’s approach to it – on customers and suppliers alike.

He said: “There’s no doubt a weaker pound puts some pressure into inflation. We’ll be forever working with our suppliers to make sure they are supported, to absorb as much as we can of food inflation.”

An ‘Operation Yellowhammer’ government document looking the worst-case scenario of a no-deal Brexit warned some fresh supplies will decrease and “critical dependencies for the food chain” such as key ingredients “may be in shorter supply”.

It said these factors would not lead to overall food shortages “but will reduce the availability and choice of products and will increase price, which could impact vulnerable groups”.

Trending: The dealmaking that defines tech is under the microscope

Trending: The dealmaking that defines tech is under the microscope