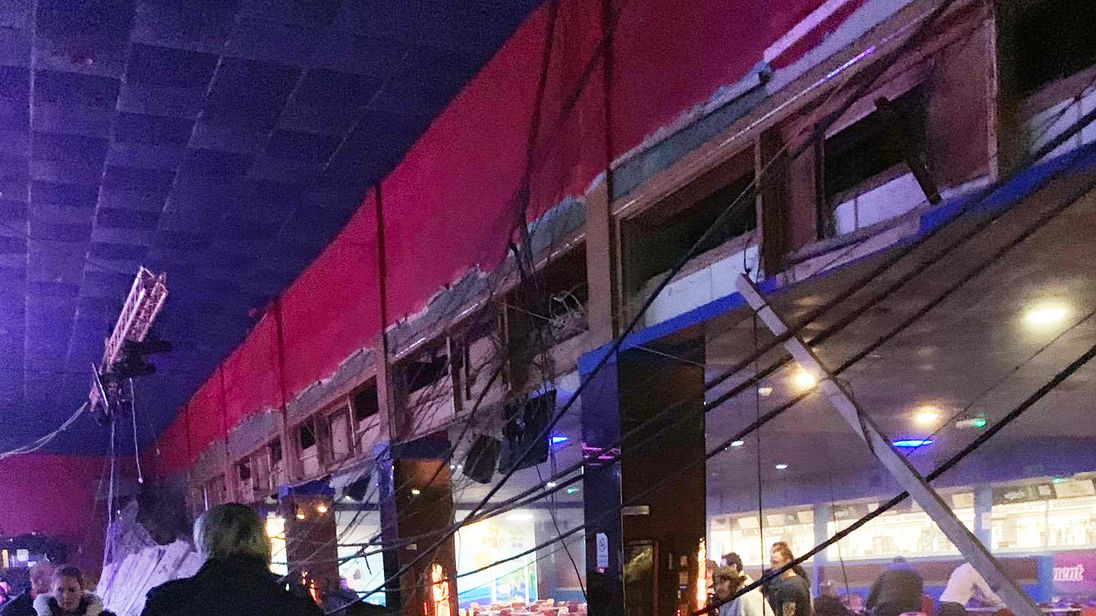 Several people have been injured after a ceiling collapsed “into a bar area” at a Pontins holiday park in Somerset.

The South Western Ambulance Service said it had treated 18 patients, including six who were taken to hospital.

A search of the scene has been carried out and police confirmed no one was trapped under the debris.

Avon and Somerset Police said: “A number of people suffered minor injuries in the incident but thankfully no one was seriously hurt.”

The ceiling collapsed shortly before 6:30pm on Wednesday.

Devon and Somerset Fire and Rescue Service said its officers responded to reports a “section of ducting collapsed into the bar area of a building” at the holiday park.

“Fire crews used eight high pressure airbags and small tools to establish that no persons were trapped beneath the collapse.”

The Health and Safety Executive has been informed of the incident.

Ex-New Zealand cricketer Iain O’Brien said on Twitter he had returned to the holiday park after a day-out to find “a major panic site”.

“Staff very shaken and look like they could do with a hug or two.”