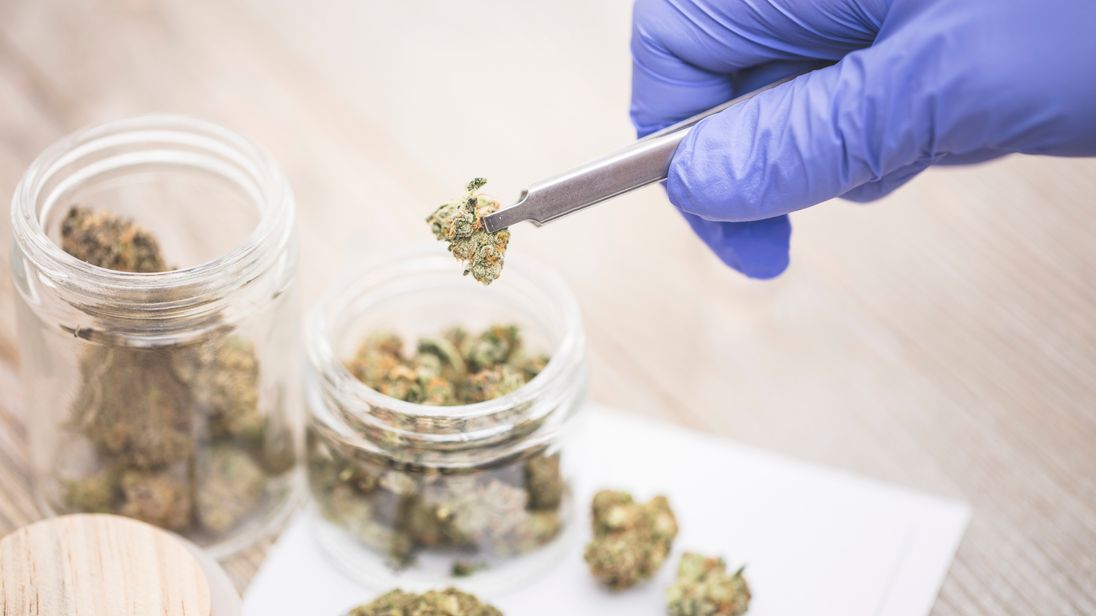 Hundreds of children with severe epilepsy will soon have access to a cannabis-based treatment on the NHS.

Epidyolex, a cannabidiol (CBD) oral solution, was recommended for use on the NHS to treat two rare types of epilepsy, Lennox-Gastaut and Dravet syndromes, for the first time in November.

NHS England said it has been fast-tracked to be available from 6 January for children from the age of two and adults.

Clinical trials have shown the treatment could reduce the number of seizures by up to 40% in some children.

Campaign group End Our Pain called the move a step in the right direction, but said for people in need of products containing both CBD and Tetrahydrocannabinol (THC) it was “another false dawn and missed opportunity”.

A change in the law in 2018 made it legal for doctors to prescribe medicinal cannabis.

However, many doctors have been reluctant to do so, citing a lack of clear guidance on prescribing and issues over funding for the drugs.

This has led some families to go abroad in search of medicines, with some bringing them into the UK illegally.

Some families are reportedly paying around £2,000 a month privately for these products.

A review earlier this year looked at the barriers to prescribing cannabis-based medicinal products where it is safe and clinically appropriate.

The National Medical Director and Chief Pharmaceutical Officer for England will write shortly to NHS doctors and pharmacists to clarify the procedure for prescribing unlicensed cannabis-based products where there is an unmet need and it is clinically appropriate.

Simon Stevens, NHS chief executive, said: “Living with or caring for someone with severe epilepsy is exceptionally challenging, especially as there are so few treatments available for the rare forms of the condition.

“Thousands of people including children will now have access to this treatment, which has the potential to make a real difference.”

Philip Lee, chief executive at Epilepsy Action, said: “New treatment options for severe epilepsies do not come very often and many families feel they have already been waiting too long to access medicines like Epidyolex.

“This announcement brings much-needed hope and could be life-changing for some.

“However, Epidyolex is not a silver bullet. There is work to be done to collect robust high-quality evidence of the effectiveness of other cannabis-based medicines, including those containing both CBD and THC.

“In the meantime, more people with severe epilepsies should be given the opportunity to access cannabis-based medicines now.”