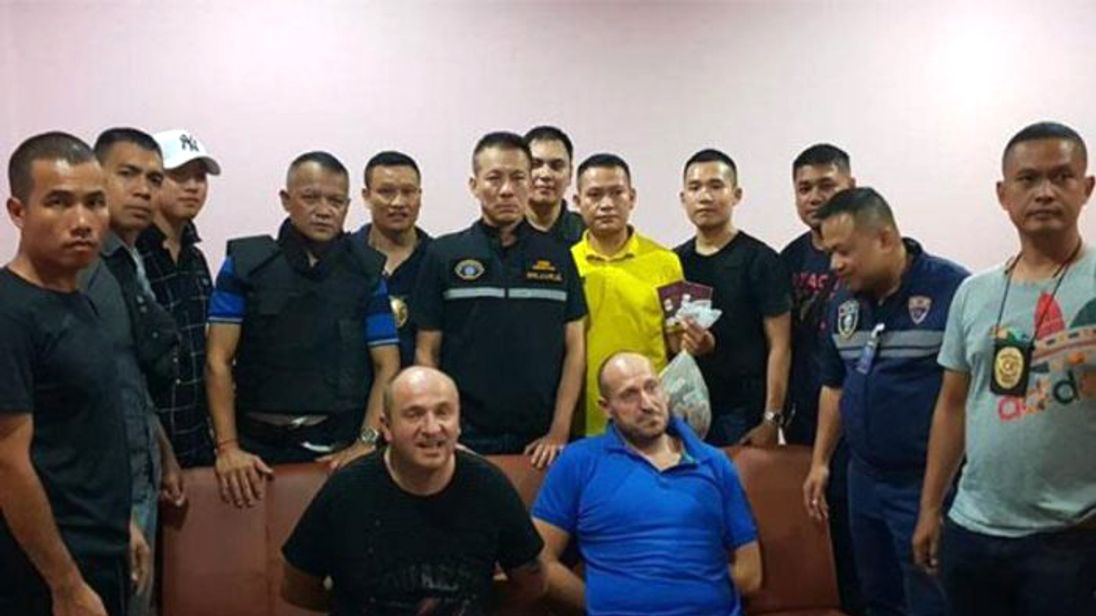 Two brothers wanted by police in the UK for suspected drug trafficking have been arrested in Thailand.

Joseph and Gregory Mulhare from the Wirral, Merseyside, were detained during an armed raid by immigration officers on their hotel room in the eastern province of Chonburi.

A photograph of Joseph, 43, and Gregory, 38, was released by authorities following their arrest, showing the brothers handcuffed and surrounded by Thai police.

Their arrests come after the North West regional organised crime unit made a public appeal earlier this month to trace the pair as part of an ongoing investigation into the supply of Class A drugs.

The Bangkok Post reports that the men had been watched by a team of Thai officers for several weeks.

The pair now face being deported back to the UK for questioning by police.

Migrants in dinghy picked up near Dover