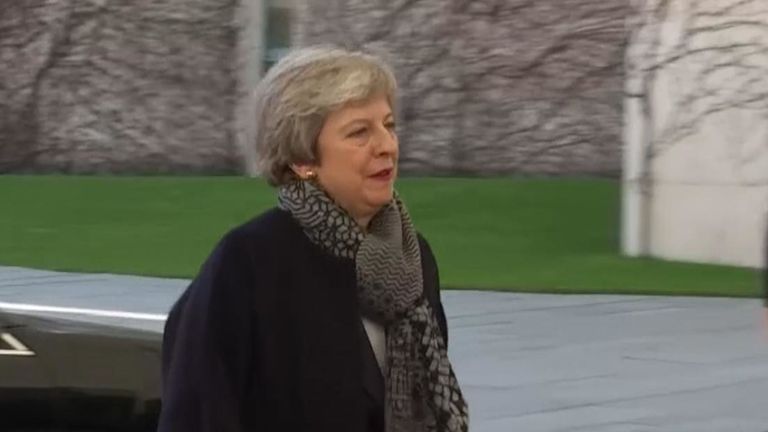 Standing at the lectern in Downing Street at the end of March, days before she had hoped Britain would leave the EU, Theresa May declared: “I am not prepared to delay Brexit any further than 30 June.”

As she stands in front of EU leaders today – after what European media dubbed a “begging tour” of Berlin and Paris yesterday – she knows the length of delay is in their hands and could well be far longer.

It is not just a hardcore of Conservative MPs who oppose another extension.

When the prospect of just a two-and-a-half month delay was put to Parliament last night, more than half of the parliamentary party, including several cabinet ministers, refused to vote for it.

Brexit secretary Steven Barclay, one of the more on-message members of Mrs May’s cabinet, said in interviews this morning: “I don’t want a delay for up to a year.”

One of the questions EU leaders will be asking Mrs May, before heading to dinner without her to ponder their response, is what chance her withdrawal agreement now has of passing.

The cross-party talks with Labour are continuing, as it is in both sides interests to take them seriously, but appear to be far from a breakthrough.

Britain’s adversarial political system does not lend itself to consensus between the main parties, and talks between Mrs May and Jeremy Corbyn were always going to be difficult, although their personal visions of delivering Brexit are not dramatically different.

The messages emanating from Downing St and the Labour leadership are all determinedly positive – full of words such as “constructive”, “wide ranging” and “committed to finding a way through”.

But despite offering up the talks, according to Labour, the government has failed to make an offer.

When David Cameron failed to win a majority back in 2010, he made his “big, open and comprehensive” offer to the Liberal Democrats, and the two parties hammered out a manifesto with each side getting some of what they wanted.

When it comes to Brexit, trust is at rock bottom and party management for both party leaders is near-impossible.

If Mrs May was ever minded to offer Labour a customs union, she was given a warning shot by Trade Secretary Liam Fox – whose job would become redundant – that he will not stand for a policy he considers “the worst of both worlds”.

Ministerial resignations could come thick and fast if the prospect of an independent trade policy was given up.

Even if some movement on customs was offered, Labour may insist any deal is put to a second referendum, a key demand of their activists and an increasingly large and vocal group of MPs.

A so-called People’s Vote is another red line Mrs May has often said she would not breach.

There is very little that is predictable, but if the prime minister does leave Brussels with just a short extension, which some EU members do favour, the momentum could stay with these cross-party talks.

If they fail, she has said there would be a process in Parliament for MPs to hold binding votes on different Brexit options, including possibly her deal for a fourth time.

There is no guarantee, as we saw with indicative votes last month, that these would yield a majority for anything.

Or that a small majority for one particular outcome – such as a customs union – would be very easy to put into legislation as it would require Labour support in a number of key votes.

The exit doors are closing, and the EU is now in full control of the timetable.

Mrs May promised to leave office if Brexit was delivered. If there is a long extension, and divisions sharpened by European elections, many Tories say she won’t get that far.