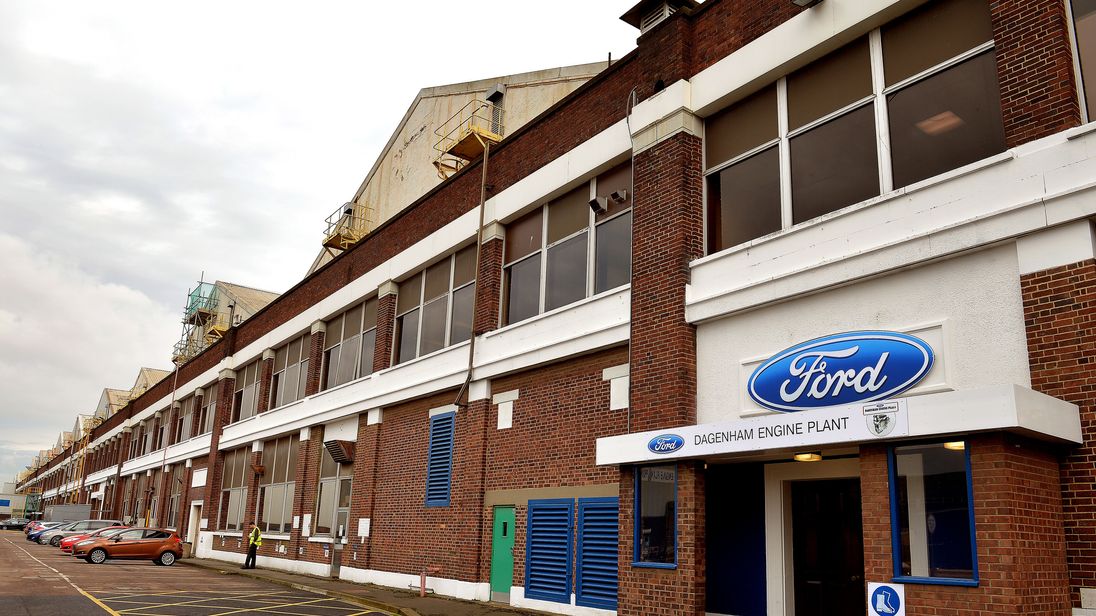 Ford has issued a fresh warning on the “catastrophic” impact of a no-deal Brexit after reportedly warning the prime minister that it was stepping up preparations to move production out of Britain.

The US-owned car-making giant said it was prepared to act as necessary to “preserve the competitiveness” of its business in Europe.

Ford employs about 13,000 people in the UK, including engine plants at Bridgend in south Wales and Dagenham in Essex – roughly a quarter of its 54,000-strong workforce across Europe.

It has previously warned that leaving the EU without a deal would be disastrous and last month Sky News revealed that it expected such an outcome would cost it as much as $800m (£622m) this year alone.

The latest warning comes after Nissan last week said it had scrapped plans to build its new X-Trail model at its UK plant in Sunderland, adding that uncertainty over Brexit was making it harder to plan for its future.

The Times reported on Wednesday that Ford had warned Theresa May, during a private call with business leaders, that it was preparing alternative sites abroad.

Ford did not confirm the report and said it had “no decision to announce today”.

But the company added: “We have long urged the UK government and Parliament to work together to avoid the country leaving the EU on a no-deal, hard Brexit basis on 29 March.

“Such a situation would be catastrophic for the UK auto industry and Ford’s manufacturing operations in the country.

“We will take whatever action is necessary to preserve the competitiveness of our European business.”

A number of other car makers and manufacturers have also warned on the impact of the UK crashing out with no deal – potentially confronting them with disruption to their “just-in time” supply chains, a slump in the pound pushing up the cost of parts, and trade tariffs.

Brexit is one of a cocktail concerns facing the auto industry which has also been hit by a collapse in sales of diesel vehicles and a slump in demand from Chinese consumers.

Last month Ford revealed that it was to cut up to 1,000 jobs at its Bridgend plant over the next two years.

It has also outlined plans for a wider restructuring of its operations in Europe in a bid to cut costs.

The company’s European boss Steven Armstrong said at the time that if Brexit “went in the wrong direction” it would take “whatever action is needed” adding that “nothing is off the table”.

Jaguar Land Rover announced last month that it was cutting 4,500 jobs to try to reverse losses which have mainly been blamed on diesel and China issues – though it too has been vocal on the damage that could be caused by a hard Brexit.

Rollover of EU trade deals will ‘go down to the wire’, Liam Fox admits | Politics News