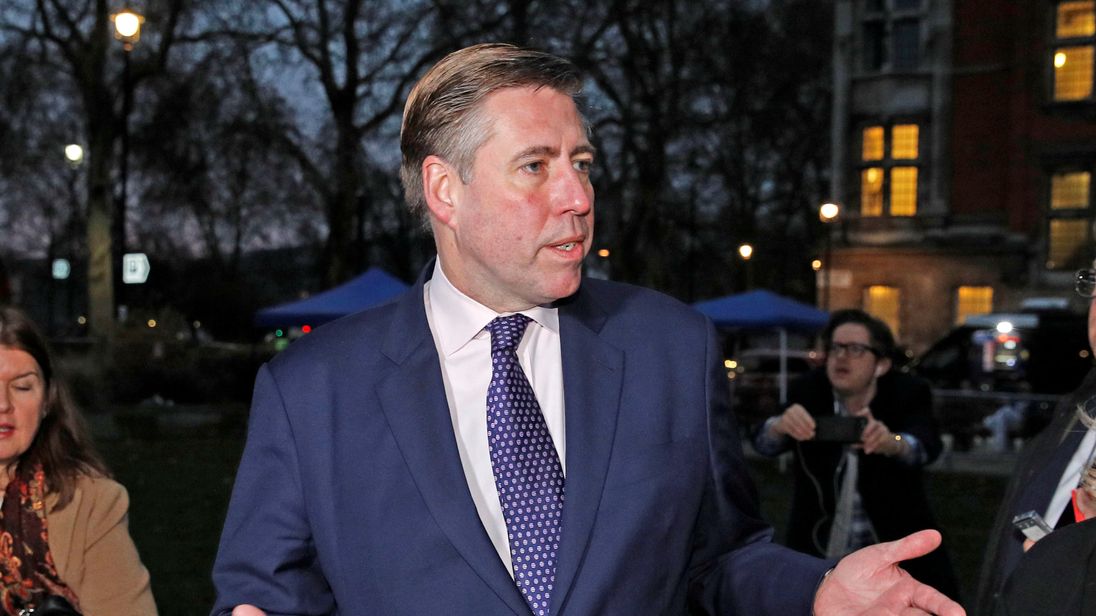 Theresa May has received a major Brexit boost ahead of key Commons votes with an endorsement of her deal from the Tories’ backbench leader.

Sir Graham Brady, the powerful chairman of the 1922 Committee, has said he is ready to drop his opposition to the prime minister’s contentious deal.

In a hard-hitting article in the Mail on Sunday, Sir Graham denounces the government’s handling of the Brexit negotiations as “lions led by donkeys”.

But, signalling that he is now ready to back the PM’s deal, he concludes: “The whole country is tired of vacillation and delay.

“When the right compromise is offered, we should pull together behind the Prime Minister and help her to deliver our exit from the European Union on March 29.”

Sir Graham opposed the PM’s deal when it was defeated by 230 votes in the Commons in January, and then in February successfully moved an amendment calling for “alternative arrangements” to the Irish backstop.

In his article, Sir Graham writes: “In the month since my amendment was passed, there has been constant shuttle diplomacy – the Prime Minister, Brexit Secretary and Attorney General have been locked in daily discussions to find the binding guarantee that is needed.

“Increasingly, the leaders of other EU countries have urged that a pragmatic solution should be found.”

And he adds, optimistically: “My conversations with senior diplomats and politicians from across Europe have given me cause for optimism that a breakthrough is near.

“Those who have pressed for delay or for No Deal to be taken off the table have weakened Theresa May’s hand and made a deal less likely, but I still believe a compromise is fundamentally in our interest and that of the EU.

“We know what is needed to shift the logjam.The Attorney General needs to give a legally binding guarantee that the backstop is temporary.

“Once we have that, my colleagues in Parliament need to recognise the strength of feeling.”