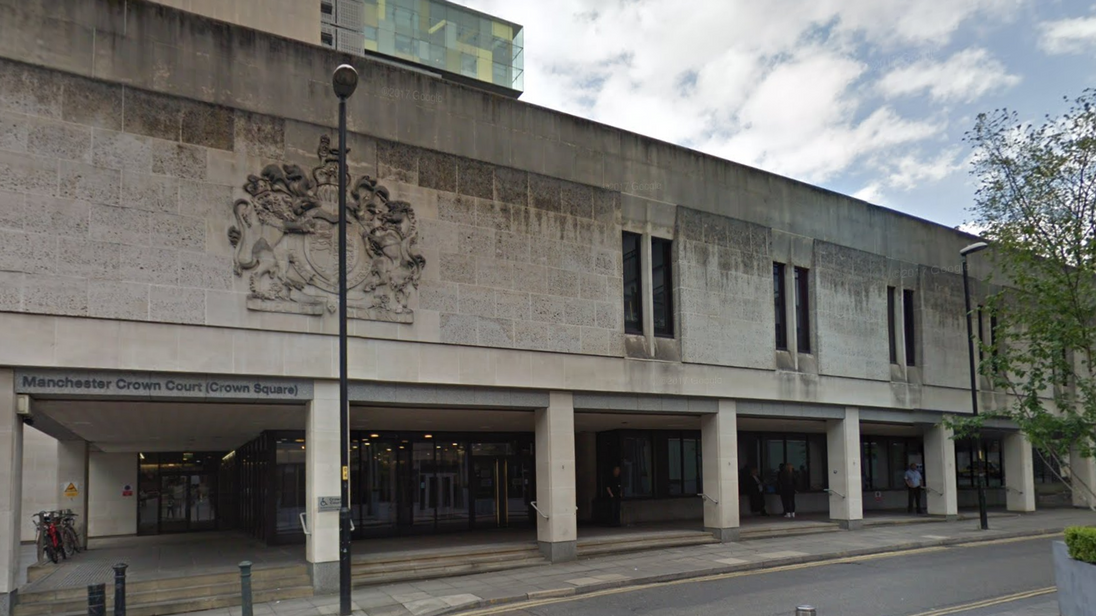 A seven-year-old boy and his mother were shot in the legs on their doorstep when a gangland hit went wrong, a court has heard.

“Both mother and son had been shot in the legs, causing serious injuries, and both required extensive hospital treatment, but survived,” Paul Greaney QC told Manchester Crown Court.

Opening the case, he told the jury that “what happened that night was a plan to kill, in all probability Chris Hickey was the target, but something went wrong”.

The court was told Mr Hickey is a friend of Salford gang boss Michael Carroll, who was involved in tit-for-tat attacks with the so-called “A-Team” gang, led by Stephen Britton.

Christian Hickey Sr was at home with his wife and son on the night of the attack, 12 October 2015, said Mr Greaney.

“There was a knock at the window. Jayne Hickey went to the door and opened it. Her son was behind her,” he told the court.

“A man was there, down the drive. He shouted, ‘Is your husband in?’ Jayne Hickey replied, ‘One sec’, at which she heard the man say something like, ‘Nah nah’.

“A second man then appeared. He was armed with a gun; indeed, he was armed with the same Heckler & Koch self-loading pistol that had been used to shoot Jamie Rothwell. The second man started shooting. Jayne Hickey slammed the door.

“Looking around, she saw that Christian had been shot. Then she realised that she too had been injured.”

Mrs Hickey later identified the man she spoke to as Carne Thomasson, a member of the “A-Team” arrested with Mr Britton and others with a loaded handgun in Spain four months later, in February 2016.

The court heard there was a series of linked violent incidents around Salford and the North West between February 2015 and the Hickeys’ shooting, including a hand grenade being thrown at the window of a family home.

A number of men were also attacked and shot or stabbed.

Prosecutors say these were carried out by members of the warring gangs led by Carroll and Britton, who had once been friends.

The defendants sat behind reinforced glass in the dock and were each flanked by a prison guard.

Carne Thomasson, 28, Christopher Hall, 49, Aldaire Warmington, 32, and John Thomasson, 49, all deny conspiracy to murder and perverting the course of justice.

James Coward, 22, Dominic Walton, 26, and Lincoln Warmington, 32, deny perverting the course of justice in relation to the disposal of an Audi car after the Hickey shooting.

Jacob Harrison, 26, has admitted conspiracy to commit grievous bodily harm to Mr Rothwell after he was shot and injured at a car wash near Wigan on 30 March 2015.

John Kent, 54, denies the same charge and conspiracy to pervert the course of justice for the Rothwell shooting.