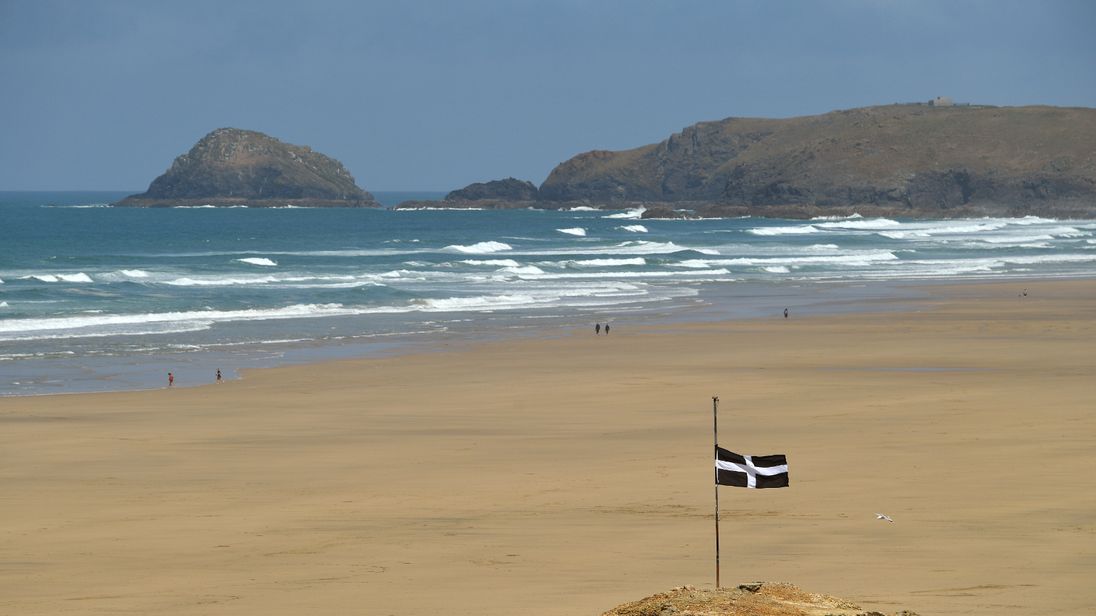 A teenage boy attacked with a whisky bottle on a Cornish beach required 11 stitches, police have said, as they began a hunt for suspects.

The 14-year-old was targeted after a confrontation with a group of at least five people – three women and two men – described as having London accents, according to Devon and Cornwall Police.

The force reported a row began after the boy threw a plastic cup into a rock pool in Perranporth at around 6pm on Friday 17 July.

One of the women and two of the men assaulted him, leaving him with wounds to his head and ear, a statement said.

The man who smashed the whisky bottle on his head is described as being white, around 20 years old with blond hair and of stocky build. He is around 5ft, 9ins tall and was wearing a black T-shirt and black shorts.

The other man, who struck the boy after he’d been hit with the bottle, was described as being slim, around 5ft 7ins tall and wearing a light blue top.

Officers are appealing for witnesses or anyone who captured pictures or film of the attack on their mobile phone, dashboard camera or CCTV to get in touch.

Anyone with information can contact police on 101 or via email at [email protected] quoting crime reference CR/057915/20.