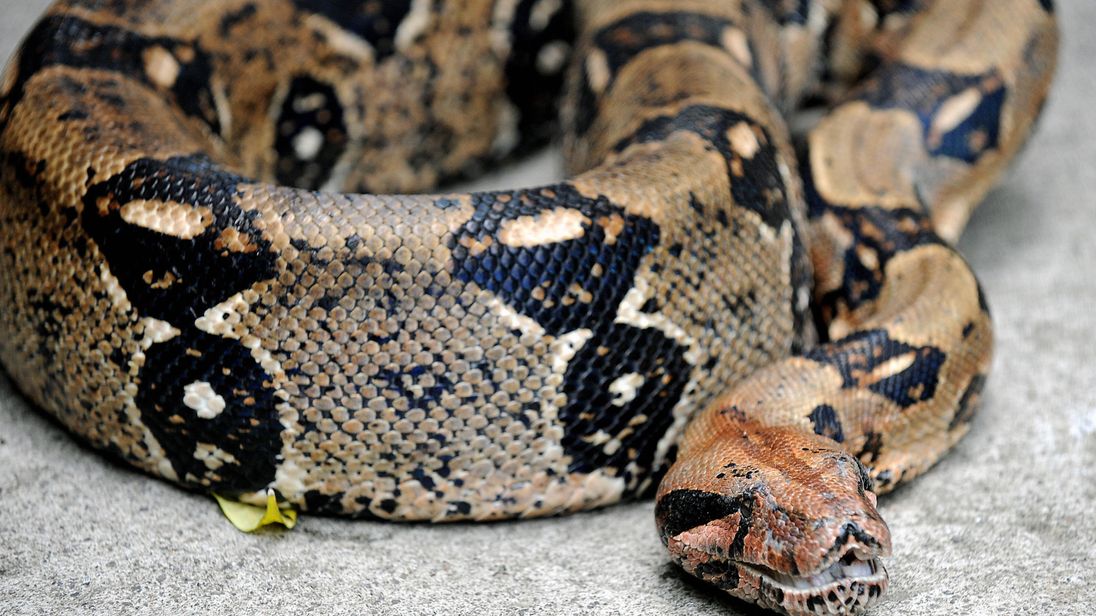 A boa constrictor has escaped from a home in Lincolnshire and is now on the loose somewhere in the county.

Members of the public are warned not to approach the snake, which is of a predatory and sometimes deadly species.

Boa constrictors kill by wrapping their long, thick bodies around their victims and squeezing until they die, by suffocation or cutting off blood flow to the heart and brain.

The snake, whose name has not been identified, was reported missing from a house in Union Street in Boston, Lincolnshire, at around 7pm on Wednesday.

It has a white tail with grey, black and brown spots.

Keeping reptiles as pets has become more popular in the UK, and the RSPCA has said the number of creatures it is forced to rescue has also increased.

The animals can also be dangerous.

Last August, snake enthusiast Dan Brandon was killed by his 2.4m (8ft) python in his home near Basingstoke, Hampshire.

Earlier this year, an escaped boa constrictor caught, killed and began to eat a pigeon before it was stopped by members of the public in Leytonstone, east London.