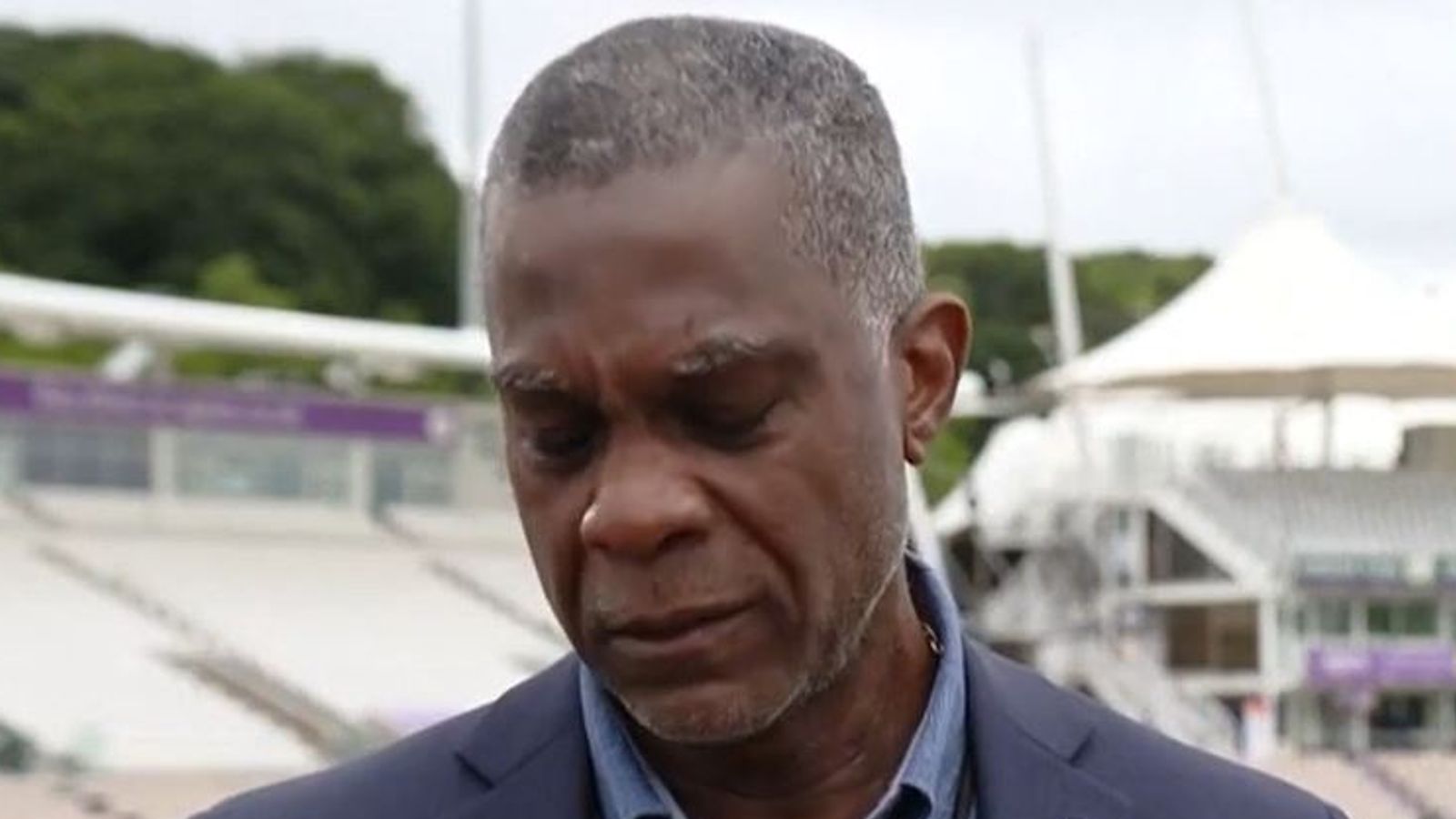 Former West Indies cricketer Michael Holding, who broke down in tears on live television while discussing racism, has criticised England cricket chiefs and the England, Pakistan and Australian teams for not taking a knee before games.

Holding said the decision and what he called the “lame” excuses given, was out of line with global attempts to raise awareness about institutionalised racism and inequality.

The Sky Sports commentator cried on air while he and colleague Ebony Rainford-Brent talked about their experiences of institutionalised racism in July.

Holding called for meaningful change in society in the wake of the death of George Floyd while in police custody in Minnesota in May.

His death sparked worldwide public protests and sports teams across the world subsequently took a knee in a show of unprecedented support for the Black Lives Matter movement.

England and West Indies cricketers, along with officials and backroom staff, did so at the start of each of July’s three Tests between the sides, with the home side doing so again during their ODI series against Ireland.

However, the practice stopped when England played six matches against Pakistan in August and September, and it will also not take place in the current limited-overs series against the Australians.

Australia captain Aaron Finch said his team would not take a knee because “education is more important than the protest”.

The skipper said: “For us, we are really proud to play a game where it is celebrated all around the world and anyone can play it. It doesn’t matter what race, what religion, what nationality you are from. Cricket is a game for everyone and I am really proud about that.”

Holding accused the ECB and Finch for offering a “lame” excuse for ending it at a time when many other sports teams, including England’s football team, will continue with the practice.

The ECB said in response it was committed to “long-term and sustainable change” and had launched “initiatives that focus on eliminating discrimination from all areas of cricket”.

Holding told Sky Sports News: “Now that the West Indies team has gone home, that doesn’t mean that you still shouldn’t be respecting the message and exactly what it stands for.

“You saw the demonstrations all over the world. It was no longer a black versus white thing, it was a matter of humanity coming together and deciding ‘listen, we need everyone to be treated equally’, so for Pakistan and England then not to take that signal…”

“The ECB [England and Wales Cricket Board] came out with a pretty lame statement as far as I’m concerned. I didn’t hear anything at all from Pakistan, neither the players, nor the board and now Australia come here and I see another lame statement from the Australia captain.”

As England and Australia prepare for the first limited-overs match on Friday, Holding said he [Finch] “says he and the England captain [Eoin Morgan] have spoken and they have decided not to take a knee.

“And all he’s saying is he’s proud to be part of a sport where no one is barred from playing regardless of your race, your gender, your ethnicity or religion.

“Well I don’t know any sport where anyone is barred from playing anything at all, so that’s a pretty lame statement.

“Their excuses and reasons they have given are a bit flimsy. They need to come forward with something better than that.

England’s ODI series against Australia is live on Sky Sports. The first match starts at 1pm.

Harry Dunn death: Sacoolas was on the wrong side on the road for 20 seconds before hitting motorcyclist | UK News