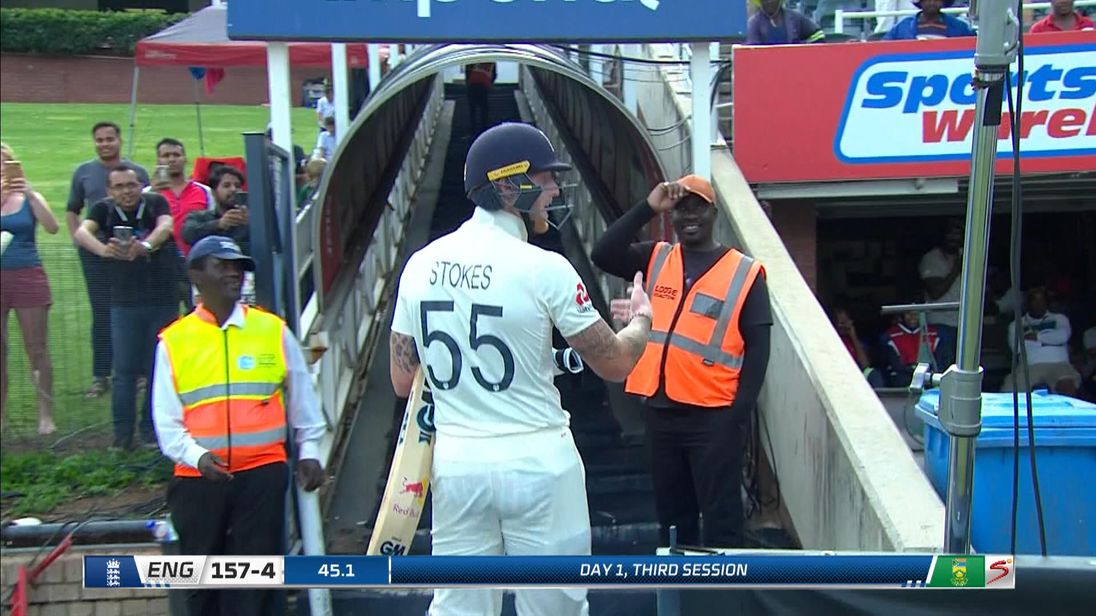 England cricketer Ben Stokes has apologised for shouting abuse at a fan on the first day of the fourth Test against South Africa.

The all-rounder had been dismissed for two in Johannesburg when he became involved in the angry exchange.

As he walked off, Stokes was caught on television shouting to a fan off-camera: “Come and say it to me outside the ground, you f****** four-eyed c***.”

Media reports suggest a middle-aged male supporter wearing a South Africa one-day shirt had walked more than 50 metres to abuse Stokes, allegedly calling him a “ginger c***” and likening him to the singer Ed Sheeran.

On Friday, Stokes released a statement apologising for the language.

“As I was leaving the playing area, I was subjected to repeated abuse from the crowd,” the statement said.

“I admit that my reaction was unprofessional, and I sincerely apologise for the language I used, especially to the many young fans watching the live telecast around the world”.

He said that the support from both England and South Africa fans “has been brilliant”.

“One incident will not ruin such a competitive series, which we are determined to win.”

The tourists have formally requested additional security as a result of outbursts from supporters.