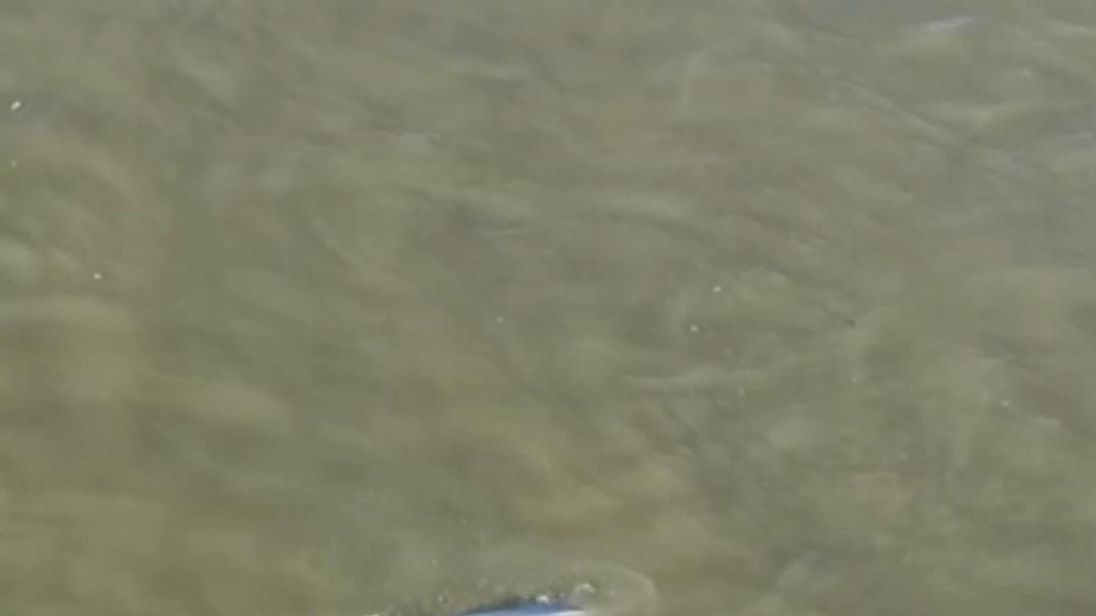 The rare beluga whale spotted in the River Thames on Tuesday has been sighted again near Gravesend.

Ecologist Dave Andrews first shared video of the mammal on social media yesterday, which he said was swimming in the river off Coalhouse Fort, Essex.

Just after 9.30am today, Sky’s Enda Brady spotted the whale again, writing on Twitter that it had “just surfaced on the Gravesend side of the estuary”.

It appears to have moved a few miles further west since yesterday.