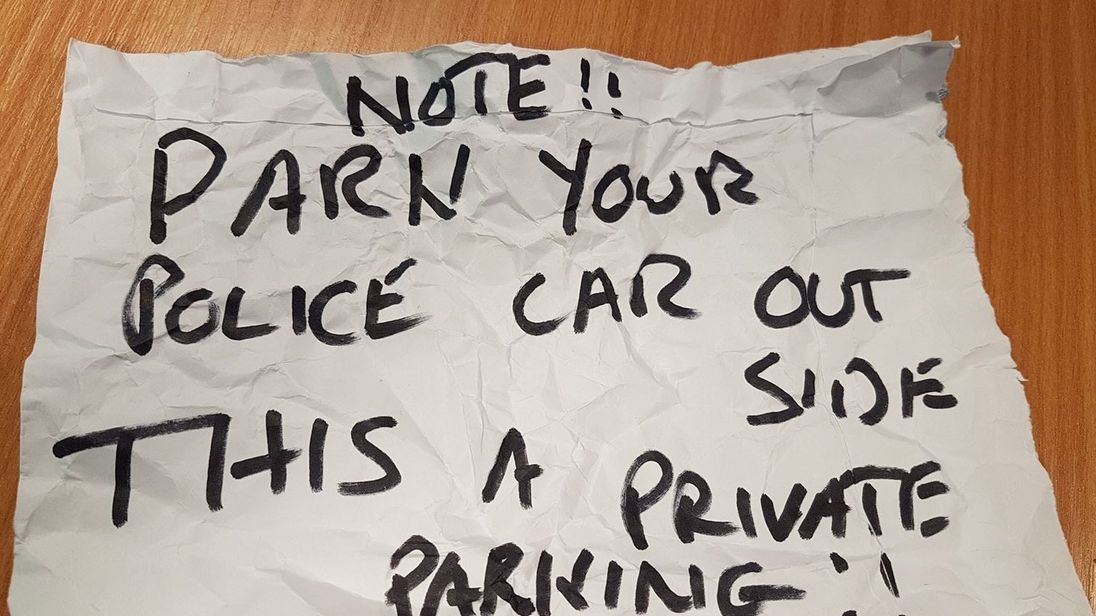 An angry note left on a police car complained it was parked in a private space while officers dealt with a “potentially life or death situation”.

Surrey Police shared a photograph of the hand-written message which read: “Park your police car outside this a private parking.”

When officers from the force’s Reigate and Banstead team confronted the resident and explained the gravity of the situation, they were told: “I don’t care, it’s not my emergency”.

In a sarcastic post on Facebook, Surrey Police said: “Another heartfelt apology to the resident in #Horley who thought it would be helpful to tell us where we can and can’t park.”

The force apologised for the officers’ “inconsiderate parking during a potentially life or death situation”, before adding: “#SorryNotSorry”.

Officers had been called to an address in Horley following a report that a “distressed resident was potentially being beaten up” while a child was present at the property.

A police spokesman said that officers had parked in a resident’s bay in their rush to get to the address.

“When the officers finished at the address and spoke to the person who put the note on their car, they explained they were responding to an emergency,” the spokesman said.

Surrey Police’s Facebook post about the note has been shared hundreds of times online, with many people calling for the resident to be named.

Plans unveiled for 1,000ft skyscraper in London with glass pods to view city

Pair jailed over TalkTalk hack where data of 157,000 customers was stolen