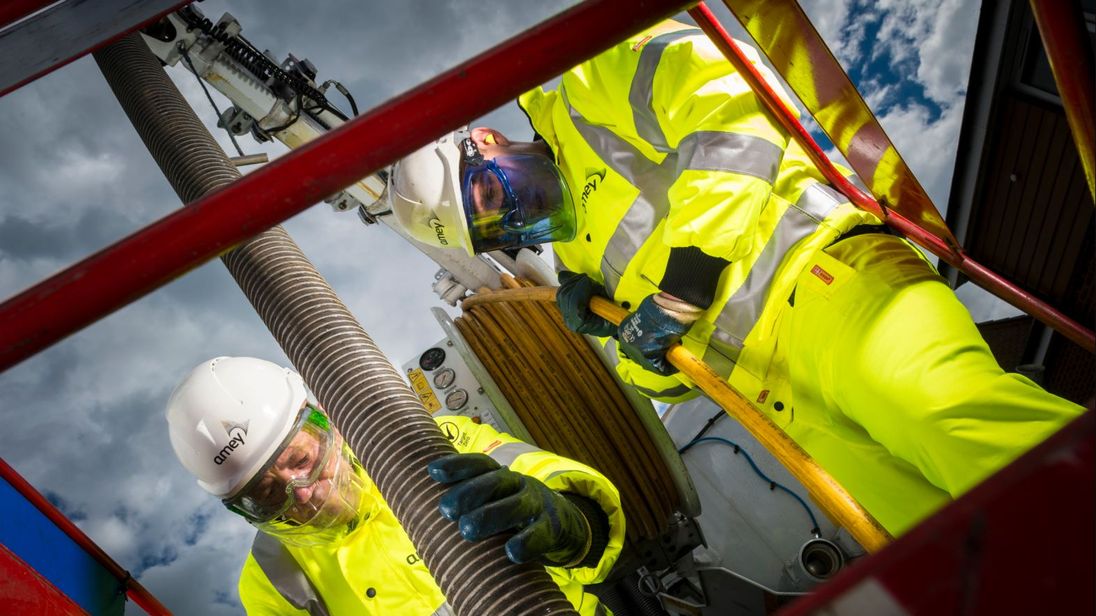 The embattled contractor Amey is closing in on a £300m deal to abandon the maintenance of Birmingham’s 1600-mile road network, drawing a line under one of Britain’s most troubled outsourcing contracts.

Sky News has learnt that Amey has agreed with Birmingham City Council and the government to pay £215m in cash to extricate itself from the arrangement, which has been mired in legal dogfights for years.

Sources said on Thursday that Amey, which is owned by Ferrovial, the Spanish infrastructure giant, reached a deal at a meeting earlier this week with officials from the Cabinet Office, the council, lenders and advisers.

Under the proposals, which were initially tabled several weeks ago and are expected to be formally ratified next month, the UK company would pay £130m in cash up front, with a further £15m in September, and another £15m three months later.

A further £55m would be payable over a five-year period, while Birmingham City Council would retain £85m of deductions and penalties imposed on Amey amid a string of disputes between the two parties, the sources said.

One such row stemmed from a £48.5m fine handed to the UK contractor for failing to replace two sets of roadside bollards for a year.

Cumulatively, the up-front and deferred cash payments, as well as the deductions, would add up to a staggering £300m.

The agreement is important because it improves the chances of Amey, which employs about 19,000 people, avoiding insolvency.

Contingency planning for a restructuring process has been underway for several months.

As well as road maintenance, Amey undertakes a wide range of services, including providing equipment to British military bases in the UK, Cyprus and Germany, managing sites for Her Majesty’s Prison and Probation Service, and waste collection and treatment.

Insiders cautioned that a number of stumbling blocks to a deal remained, including a desire on the lenders’ part for Ferrovial to guarantee the deferred payments in the event that Amey collapsed.

The agreement would also require the approval of lenders to the special purpose vehicle (SPV) that manages the controversial contract.

Sources said that the provision of a guarantee by Ferrovial was unlikely but pointed out that in the event of a sale of Amey after this year, the remaining deferred payment of £55m would be payable by the buyer.

The full settlement is understood to be guaranteed at the Amey holding company level.

Lenders to the SPV are understood to include Bank of Ireland, Dexia, ING and Nationwide.

The various parties have been pushing for a resolution of the crisis in order to install a new contractor in Amey’s place.

Birmingham is due to host the Commonwealth Games in 2022, with tens of millions of pounds of road maintenance work required in the city before then.

The city council rejected an earlier £245m proposal from Amey, and Ferrovial has indicated that it is not prepared to help fund any further settlement offer, according to people involved in the talks.

The protracted negotiations have clouded plans by Ferrovial – which owns a stake in London’s Heathrow Airport – to sell its services division, of which Amey forms a part.

The Spanish company wrote down the value of Amey by £670m earlier this year, underlining the continued pressures facing British outsourcing groups.

Carillion collapsed into insolvency in January 2018, leaving key public sector construction projects unfinished, while Interserve was taken over by its lenders earlier this year.

Lenders to the Birmingham roads SPV are being advised by EY, while Lazard is advising Amey on its contingency planning.

Birmingham City Council is being advised by Duff & Phelps.

An Amey spokesman told Sky News on Thursday: “We are encouraged by recent progress and appear to be arriving at a deliverable solution guaranteed by Amey.

“The next few days are critical to finally concluding this issue.”