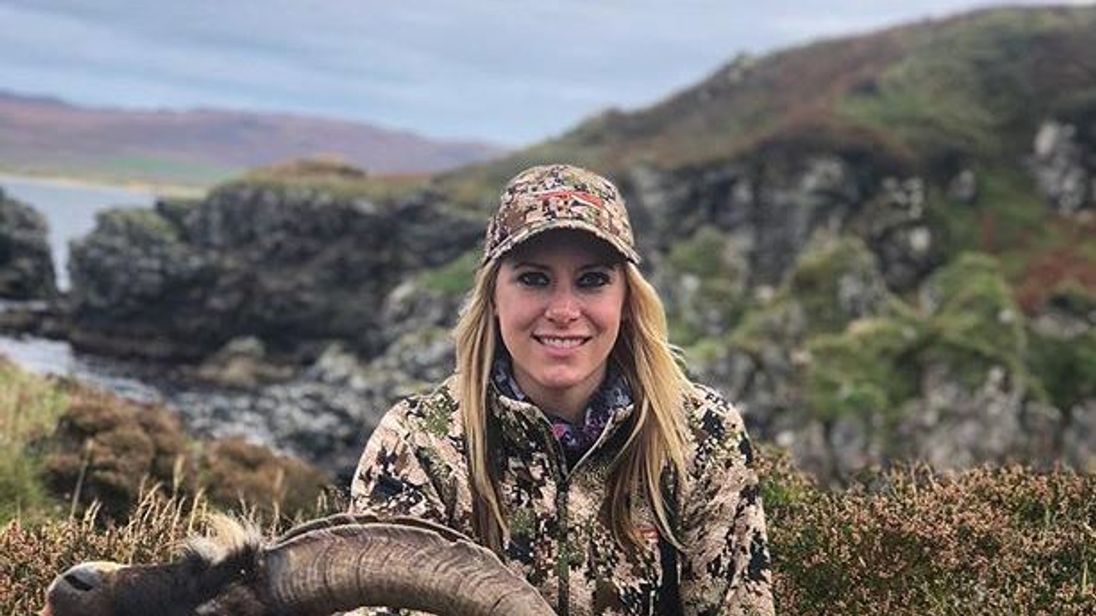 A celebrity “huntress” is being investigated for alleged firearms offences after posting pictures of herself with a dead goat.

American Larysa Switlyk was on a hunting trip on the Scottish island of Islay in October when she killed a wild goat and posted the photograph of herself grinning with the dead animal on Twitter.

Police have confirmed that a man and woman have been reported for alleged firearms offences.

“Following several complaints of wild goat ‘trophy’ hunting on Islay in September, Police Scotland can now confirm that a 33-year-old woman and a 41-year-old man from the USA have been reported to the Procurator Fiscal for firearms offences,” a statement said.

The Scottish government said it would review the law around animal culling following an angry response to the images.

Switlyk was met with almost unanimous fury when she posted the photo on Twitter, writing: “Beautiful wild goat here on the Island of Islay in Scotland. Such a fun hunt!!”

“They live on the edge of the cliffs of the island and know how to hide well,” she continued. “Made a perfect 200 yard shot and dropped him.”

The tweets, from an October hunting trip in Scotland, drew an almost universal fury from Scottish Twitter users.

“Take your money and get out of our country,” one wrote, while another suggested she “fall in a pile of nettles”.

Judy Murray, the mother of tennis star Andy, was one of 20,000 people to comment on the image, calling the shoot “disgraceful”.

The “huntress” also posted photographs of herself with a stag and a blackfaced sheep – a choice of prey many people found baffling on account of it being a creature bred by farmers.

At the time Lisa Cameron, MP for East Kilbride, Strathaven and Lesmahagow, said she would “look directly” into the incident.

Brexit, May and Trump gave political cartoonists plenty to draw on in 2018