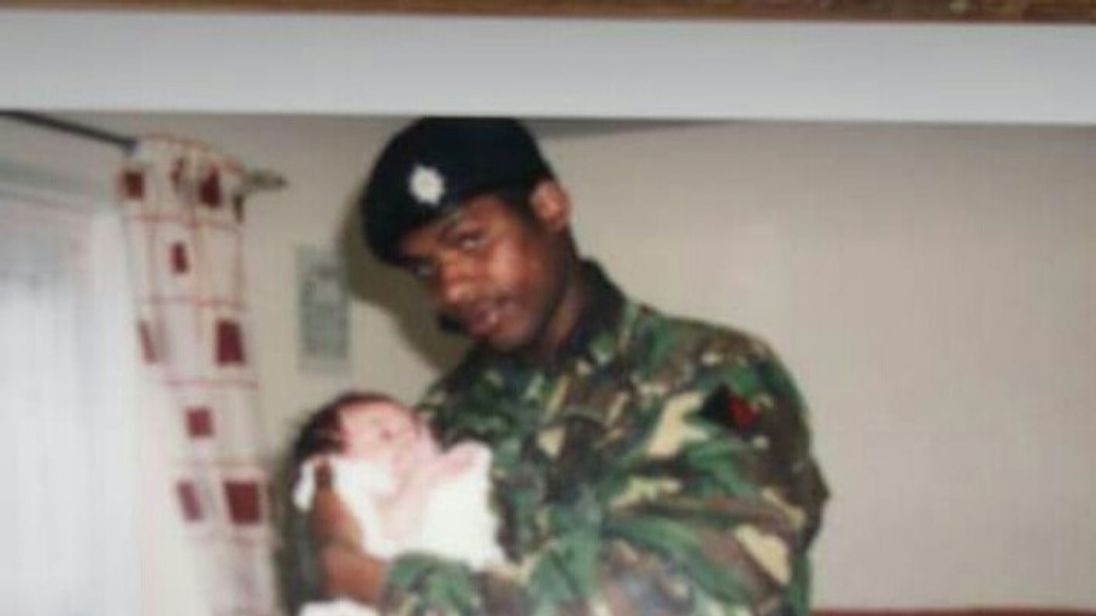 A former Commonwealth soldier with post-traumatic stress disorder has been taken into an immigration detention so he can be deported to Jamaica.

The family of Twane Morgan say he knows no one in Jamaica and believe his deportation will lead to a serious decline in his mental health, as well as leaving his five children, who are all British, without a father.

They have been informed that Mr Morgan has been booked a ticket for a flight on 15 February.

His oldest son Romarni, 13, told Sky News he is worried about his father who is now “all on his own” and extremely distressed in Colnbrook detention centre in Middlesex.

The teenager said Mr Morgan, who “burst into tears” when he spoke to him on the phone from the detention centre, has “always been there” for him.

Mr Morgan has been battling a deportation order for more than six years, after serving a prison term for stabbing his ex-partner’s father who attacked him with a hammer while the pair were drinking.

He had previously joined the British Army in 2004, and completed two tours of Afghanistan before being discharged with PTSD.

Mr Morgan told Sky News that he “got no help at all” after being discharged from the army, despite suffering from flashbacks and being diagnosed with bipolar disorder after seeing a friend killed in front of him.

With all appeal routes exhausted, his family are now making a plea that the Home Office allow him to stay on compassionate grounds, and have started a petition to gather support.

“We’re just asking for their discretion. He’s sorry for the crime that he committed,” Mr Morgan’s sister Tenisha said.

“We believe if he had got treatment from the army he could have lived a normal life. His crime was aggravated by PTSD: he couldn’t cope.”

Speaking to Sky News before he was detained, Mr Morgan said he would have “nowhere to live” in Jamaica.

“I feel let down because I served in the army I put my life on the line,” he said.

Under government policy, any foreign national who has served more than one year in prison is automatically liable for deportation, which is seen to be in the public interest.

Commenting on Mr Morgan’s case before he was detained, the Home Office reiterated its policy.

“Foreign nationals who abuse our hospitality by committing crimes in the UK should be in no doubt of our determination to deport them,” a spokesperson said.