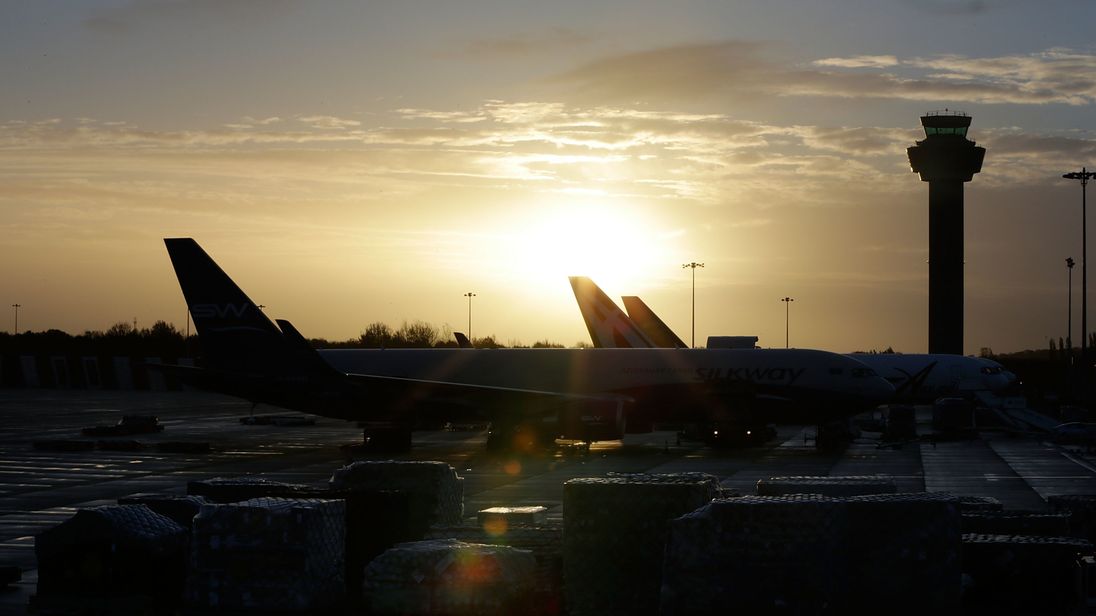 Fifteen protesters who cut through Stansted Airport’s perimeter fence to block a government deportation flight have been found guilty of an aviation security offence.

The “Stansted 15” say they “are guilty of nothing more than intervening to prevent harm” and accuse the government of “inhumane” deportations and “unprecedented use of terror law to crack down on peaceful protest”.

The group of activists cut through fencing at Stansted Airport last year, and secured themselves to the nose and wing of a plane carrying people who had received deportation orders to Nigeria, Ghana and Sierra Leone.

They used tools including bolt cutters, chains and tubes with expandable foam to prevent the plane taking off, the court heard – lying for hours on the tarmac in an action the prosecution claimed endangered airport staff and passengers.

Of those who were aboard the plane and due to be deported, 11 people have now been given legal status in the UK.

The defendants had information that one woman who was on the flight and due to be deported had received a death threat from her husband, while two were trafficking victims.

All 15 were convicted of intentional disruption of services at an aerodrome, in contravention of the Aviation and Maritime Security Act 1990 – a law passed in the aftermath of the Lockerbie bombing in 1988.

Responding to the verdict, the group said that they believed the “out of control” Home Office should be “in the dock” over “hostile environment” immigration policies – including immigration raids, as well as the use of detention centres and chartered deportation flights.

Melanie Strickland, one of the activists who took part in the action, said the verdict was “profoundly disturbing for democracy in this country”.

She added: “To be found guilty of a terror-related charge for a peaceful protest is devastating for us.

“It’s the Home Office’s brutal, secretive and barely legal practice of mass deportation flights that is putting people in danger, and their ‘hostile environment’ policy that is hurting vulnerable people from our communities.”

The defendants, who are aged between 27 and 44, will be sentenced in February.

Both the prosecution and judge argued that the motivation of the defendants was irrelevant in deciding whether they were guilty of the endangerment charge.

Judith Reed of the Crown Prosecution Service said the group caused “significant disruption”, adding: “These people placed themselves, the flight crew, airport personnel and police at serious risk of injury or even death due to their actions on the airfield.

“The CPS worked with the police to build a strong case which reflected the criminality of the defendant’s actions, regardless of their motivation.”

The verdict was met by anger from the activists’ supporters, including rights groups such as Amnesty International and Liberty, along with Green Party co-leader Jonathan Bartley.

Kate Allen, Amnesty International’s UK director, said the verdict was a “crushing blow” for human rights in the UK.

She added: “It’s deeply disturbing that peaceful protesters who caused disruption but at no time caused harm to anyone, should now be facing a possible lengthy prison sentence.

“This whole case will send a shiver down the spine of anyone who cares about the right to protest in our country.”

Shami Chakrabarti, Labour’s shadow attorney general, said: “What a sad International Human Rights day, when non-violent protesters are prosecuted for defending the Refugee Convention, and are treated like terrorists.

“Labour in government will review the statute book to better guarantee the right to peaceful dissent.”