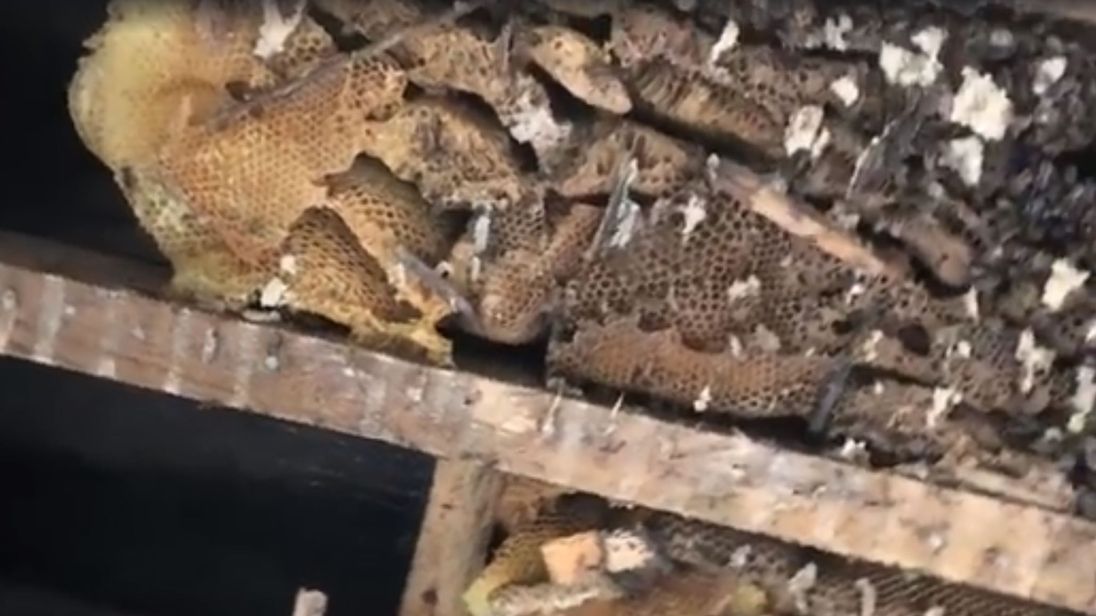 Honey “oozed” from a hospital ceiling as an enormous colony of 60,000 bees was found to have made its home in the roof.

A few of the insects were spotted flying in and out of a building at Fulbourn Hospital in Cambridge, leading staff to call in experts to inspect.

The full extent of the infestation was discovered as honey began to seep out of gaps when a porch roof panel was removed on 10 September.

The Tree Bee Society took 12 hours to remove the bees from the building, which houses staff and is not open to patients.

It is believed they had been there for several years.

The Society’s director Abigail Reade said the bees would be relocated and would “live happily” in a field at their base in Lancashire.

Alongside a photo of the colony, the group wrote: “Abi and [fellow director] Andy are pretty much swimming in honey from this massive colony, found in the roof of a porch on a building at the hospital.”

Posting on Facebook, the Cambridgeshire and Peterborough NHS Foundation Trust thanked the group for their help, saying the incident had “created quite a buzz”.

Garry Locke, from Cambridgeshire and Peterborough NHS Foundation Trust, told Cambridgeshire Live: “We were amazed when we saw how many bees were in the loft space of the porch – to see the size of the colony was incredible.”