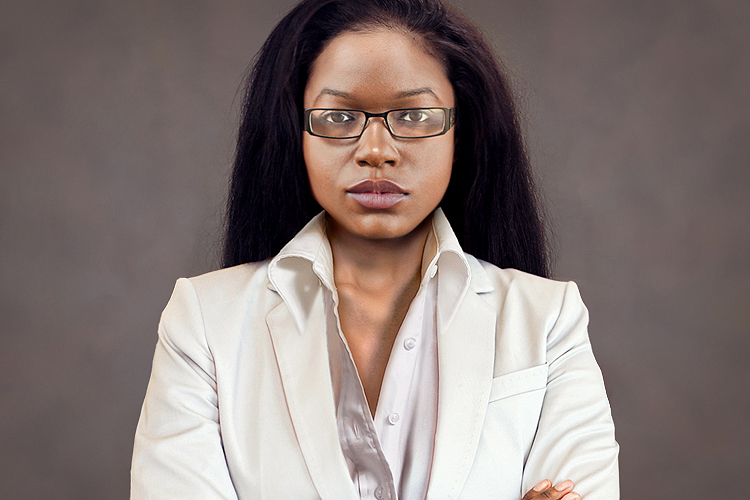 29 year old Labake Odushegun BA (Hons) MSc is the owner of a digital web design agency of 10 years, and a unique private security company for the elderly which has just reached its 3rd year. She’s also in the process of doing her PhD whilst being a full time carer.

Recently, I had the opportunity of speaking with some of the many business owners planning to attend the 41st Edition of Excel’s Business Show this May. One of them was Labake Odushegun. Labake is 29 years old and initially set up a small web design studio over 10 years ago whilst studying for her first degree at University.

“It was a progression from me designing my own items to then having others frequently asking me to do similar for them. It was a no-brainer really. I just had to organise things in a way where it didn’t interfere too much with studies”, she says.

Fast forward 10 years, and the business is now a matured web design agency, still small in size but operating globally with clients in 40+ countries across all 7 continents.

It was from a portion of the income made there that Labake, 7 years later, setup her tech-driven private security company, Guarderly, which provides security services to the elderly across London and Dublin, Ireland.

Whilst her professional background is in IT, data privacy, web design and music business management, her experience with elderly security comes from a personal standpoint.

Having spent many of those years also juggling the role of full time carer to a close and elderly relative, the idea of Guarderly sparked whilst chaperoning an outing.

“It dawned on me that my presence and the vigilance I had to possess was a means of protection. Not only for the physical, but also as a visual deterrence to those who prey on the elderly. Unfortunately, there are many elderly people who do not have access to that”.

The service operates from a robust tech-driven platform developed by Labake which allows clients the ability to book SIA licenced, SOVA trained and vigorously vetted personal security guards online, by phone or via a secure app at just a day’s notice. The first two years were spent strengthening all aspects of the business to guarantee the reliability, safety and efficiency of the service. As well as forming partnerships with the likes of Air France UK and Ireland.

Now, amongst managing multiple businesses, acting as a safe-keeper and of course, dealing with the inevitable obstacles of life, Labake is studying her PhD at one of the UK’s top 30 universities, carrying out Doctoral research in the field of computer science and human interaction.

Whilst I was overwhelmed by her ability to take on so much and still be successful, what humbled me most was the unassuming manner in which she spoke of herself.

I took our chance meeting as an opportunity to interview her for an upcoming podcast. Here Labake shared with me her five business beliefs which helps keep her at full steam ahead.

My point is, it’s not a matter of being an optimist or a pessimist, it’s a matter of thinking realistically and using logic. The reality of things is, many businesses fail in the first year because they had too many ideas, which would take too much money, which would rely on too many uncontrollable factors, and require too many people.

I think it’s important to start small and perfect what you do first. Then it’s a matter of implementing plans for scalability and steady growth without overwhelming your capabilities. We’re in the digital age. Google is your friend. There are so many reliable tech-driven tools and services available to help streamline your business and workflow.

The reason I often don’t like being referred to as an Entrepreneur is because the term is highly synonymous with ‘taking risks’. Call me boring, but I like steady growth.. and the ability to sleep at night.”

“Ironically, I’m not much of a talker {laughs}. But that’s mainly because I value actions over words. It’s extremely easy to open your mouth and let words flow out in a convincing manner, but when it comes to it, what you do has the most credibility. Similarly to the way what you can do often needs to be proven i.e. through education or certification.

For example, would you have someone operate on you because they talk a good game whilst having no evidence of capacity, or would you rather go to a registered Doctor with proven experience in what he says he does?

It’s especially easy to get caught up on presenting yourself in a specific way due to the everyday competitiveness of people in general (one of the many reasons why I stay heavily away from social media) but there’s always going to be someone doing better than you somewhere. Everywhere. So instead of focusing on shouting everything from the rooftops, work hard for your own self-satisfaction and personal goals.”

Lesson 3: Efficiency is (almost) everything

“I talk about efficiency so much it should probably be tattooed on my forehead. Whilst that’s not quite something I think I can pull off, it is important to keep efficiency as a top priority.

You know the saying ‘work smarter not harder’. It’s exactly that. Even up until a few years back, I would literally work 14-15 hours a day, run around like a chimpanzee, and wake up in the morning looking like I hadn’t slept in over a year. I was working hard, but not moving forward.

Efficiency is prioritising what’s important, removing what’s not, simplifying the operations of your business and sticking to an organised workflow without effecting the quality of your service, health or other commitments.

Whilst there are still times where I work over 14 hours a day, it’s because I choose to, not because I have to.”

“This, especially recently, has become something that I automatically find myself doing without much thought. It’s the simple process of;

Thinking of the worst case scenario isn’t being pessimistic. It’s allowing yourself firstly, not to be taken by surprise should it happen. And secondly, it gives you the opportunity to put things in place ahead of time.”

“I often tell people I shop for clothes the same way most African’s shop for food; in bulk {laughs}. It saves me time, it saves me money and to be completely honest, I don’t see the point in extremely high value clothing unless it’s for a special occasion.

As a result, I spend less time thinking about the superficial and more time getting things done. The benefit is that I value time a great deal more now. Where it often feels like there isn’t enough time in the day, I’m forced to be extremely organised with my schedule.

It’s also important that the value we as people place on money, is also placed on spending time with those that we value most. My end goal is freedom of time; the ability to fully appreciate life and experiences freely without basing your existence around a 9-5. If that means working on full steam for a few more years whilst I still can, I’ll take it.”

The full podcast can be downloaded from Spotify as of 31st May 2019.

Online project management training that can help boost your career